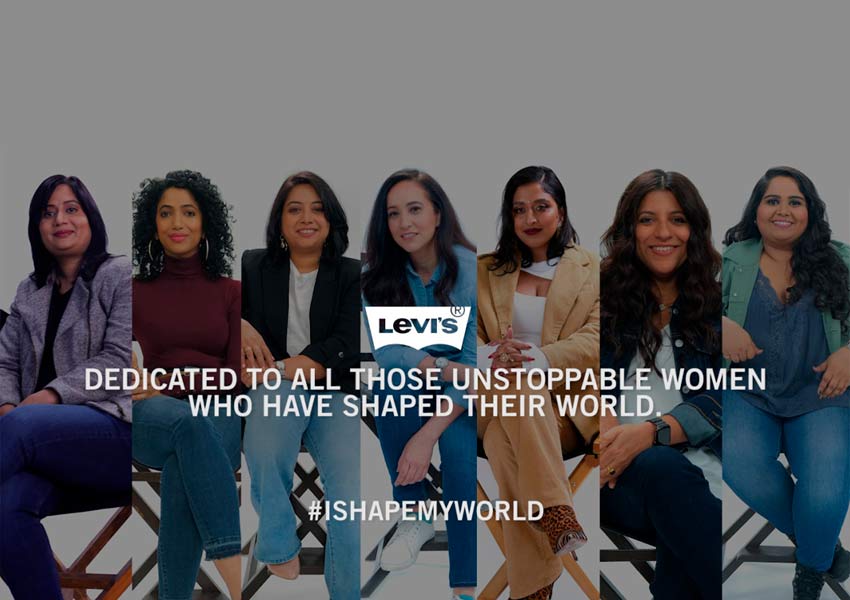 Levi’s takes the opportunity of International Women’s Day, to launch the new season of #IShapeMyWorld. The campaign has now emerged as a year-long digital initiative featuring the stories of 7 women who spark a conversation and inspire millions of people.

The campaign was first started in the year 2017, as a platform to inspire and enable women all over the country. The women in this campaign are from different communities and backgrounds who are known for their rule-breaking, risk-taking, and game-changing attitudes. They are known for challenging society and shape the world on their own terms.

The #IShapeMyWorld Season 6 is aimed at keeping the conversation alive in every part o the year with a series of digital content pieces through live Instagram engagements with SheThePeopleTV. The women who will be participating in the conversation this season are

“More than ever, the Levi’s® brand is connecting with more women. The #IShapeMyWorld campaign was conceptualized in 2017 to showcase women who are changing the world in ways both big and small. Through the seasons, we have shown the importance of taking a stand when it comes to the social issues of the day. We want to create a platform for women to add their voice, make an impact, and inspire others. Through this year’s campaign, our hope is to introduce these women to the audience through a new lens and inspire a new generation of women with their stories,” Sanjeev Mohanty, Managing Director, South Asia, Middle East& North Africa for Levi’s® India says.

You can watch the promo video here.