At the recently organized Tokyo Short Film Festival, Lexus and the Weinstein Company announced the fourth season of the award winning Lexus Short Films. Each season, Lexus presents a theme to inspire and engage filmmakers from around the world to craft amazing stories, and provides them with a global platform to display their talents. With Lexus’ arrival in India this year, filmmakers here now have the opportunity to compete to take their work to a global audience.This season’s theme is TRANSFORMATION which is born from the Lexus brand’s belief that amazing things happen when you transform the ordinary into extraordinary. Lexus and The Weinstein Company also announced that Jeannine Donohoe’s film Game has won a Bronze Entertainment Lion for Cinema & Theatrical Fiction Film at Cannes Lions. Game, about a young athlete who defies the odds to pursue a sports passion, was one of four films released this year as part of Season 3 of the Lexus Short Films series.

Game has already won several prestigious film festival awards, such as Best Short at The Julien Dubuque, the Audience Choice Award at the Los Angeles Indie Film Festival, Best Live Action Narrative at Tokyo Lift-Off, the Audience Award at the Napa Valley Film Festival and the Special Jury Award: Narrative Short at the San Luis Obispo International Film Festival. The four award winning films from Season 3: Game, Friday Night, MESSiAH and The Nation Holds Its Breath, are available to stream on Prime Video via Amazon Video Direct and www.LexusShortFilms.com as well as other channels. Season 3’s films were accepted into over 65 film festivals winning multiple jury and audience awards.

For Season 4, an esteemed filmmaker selection committee which includes Oscar nominee, writer and actor Taylor Sheridan (best known for the films Hell or High Water and Sicario, and the television series Sons of Anarchy), alongside key executives of The Weinstein Company and Lexus, will be reviewing the submissions to select the four finalists. Joey Horvitz with The Weinstein Company will return to produce the next series of films.

Filmmakers can submit their films for consideration utilizing Withoutabox, the premier submission service for film festivals and filmmakers. Submissions are now open for Season 4 until August 24th at www.withoutabox.com/LSF. The partnership between Lexus and The Weinstein Company truly supports up-and-coming filmmakers by creating a unique opportunity for them explore the art of filmmaking using all the latest technology and guided by renowned industry experts. This type of mentorship is similar to the process used in Lexus factories where master craftsmen known as Takumi teach and inspire the next generation.

“The Lexus Short Films project is a way for us to give back and support the creative community that always inspires us as a brand. We’ve come a long way since Season 1 thanks to the great collaboration with the Weinstein Company who shares our passion to support new, talented filmmakers and actors.” said Spiros Fotinos, Global Head of Brand Management and Marketing at Lexus. He added, “We are really excited by this year’s theme as it is something that also drives us as a brand. Aiming to make the ordinary extraordinary is how we can create amazing experiences.”

“When we entered India early this year, Lexus stated a clear commitment to amazing experiences that go beyond our vehicles. We are now excited to offer filmmakers in India the opportunity to have their work compete and be seen on a global level,” said Akitoshi Takemura, Senior Vice-President, Lexus India. “India is one of the biggest and most exciting film markets in the world so we are excited about the potential entries from here to Lexus Short Films.”

The Weinstein Company co-chairman Harvey Weinstein said, “We are thrilled to be partnering again with Lexus and releasing these incredible films online for the world to see. Each filmmaker’s talent needs to be showcased globally – we cannot wait to see what our new filmmakers have in store for next season to encompass the theme of transformation.”

“The launch of Season 4 of Lexus Short Films coupled with the highly anticipated online release of the four films from last season will not only attract these novice filmmakers to do something new for their career but also highlight the impact and importance of the partnership between The Weinstein Company and Lexus to the filmmaking community,” said The Weinstein Company COO and President David Glasser. 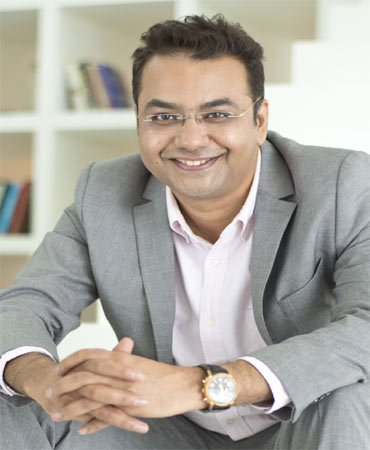