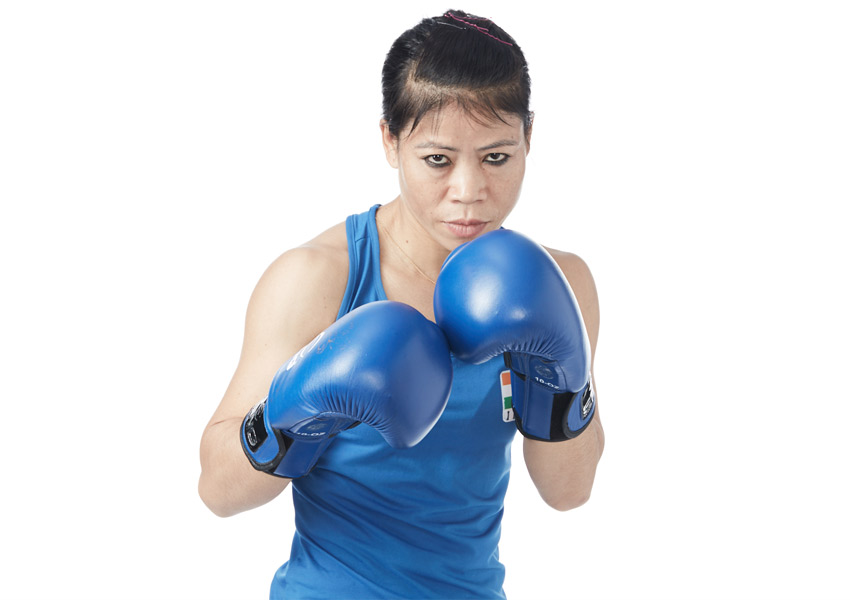 An inspiration to all, the 35-year-old ‘Magnificent Mary’ is the only woman to become World Amateur Boxing champion for a record six times, and the only woman boxer to have won a medal in each one of the seven world championships. She has been conferred with some of the highest awards of India, including the Arjuna Award, Padma Shri, Rajiv Gandhi Khel Ratna Award, and Padma Bhushan in the year 2003, 2006, 2009, and 2013 respectively. She has also been ranked as No. 1 AIBA World Women’s Ranking Light Flyweight category, and became the first Indian woman boxer to get a Gold Medal in the Asian Games in 2014 in Incheon, South Korea and is the first Indian Woman Boxer to win Gold at the 2018 Commonwealth Games. Mary Kom is the only Indian woman boxer to have qualified for the 2012 Summer Olympics, competing in the flyweight (51 kg) category and winning the bronze medal.

In 2016, Kom was nominated by the President of India as a member of the Rajya Sabha, the upper house of the Indian Parliament.

On being announced as Event Ambassador of the Tata Mumbai Marathon, MC Mary Kom said, “The Tata Mumbai Marathon has paved the way for a running revolution in India and is the largest showcase of individuals pushing boundaries of the human spirit. As a sportsperson and mother, I understand that behind every success is a story and support network. Mine not just ensured I excelled in my sport, but inspired me to Be Better! It is this sense of inspiration that connects me with the event and I am happy to be the Ambassador for the Tata Mumbai Marathon 2019. It will be a moving experience to see 46000 runners cross the start line on Sunday, January 20th, all united by the BeBetter spirit!”

Vivek B Singh, Joint Managing Director, Procam International said, “We are privileged to have on board the world-beater, Mary Kom, as the Event Ambassador for the IAAF Gold Label Tata Mumbai Marathon. We congratulate her for the historic 6th title win in the World Women’s Boxing Championships, and for being the first female to achieve this feat. From being a legend in the world of Boxing, to being an important catalyst for the growth of sports in India, Mary Kom is an inspiration; an individual that epitomizes the spirit of Tata Mumbai Marathon.”

Tags:
Previous Article
NCPA presents the Opera screening of Marnie-a psychological thriller based on a novel by Winston Graham
Next Article
NASSCOM’s Product Council Announced The Second Batch Of The DeepTech Club