Mukta A2 Cinemas takes its speciality-food menu to Bahrain 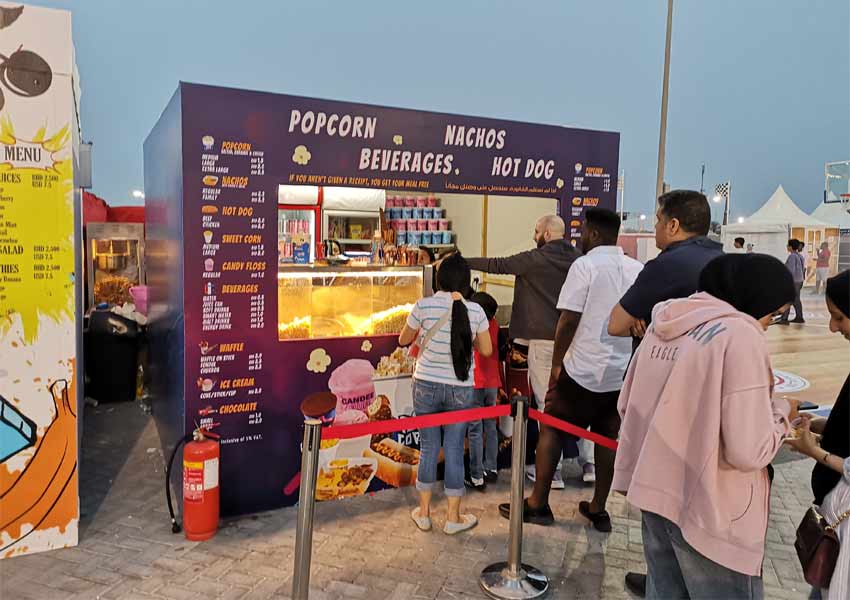 Mukta A2 Cinemas added another feather to its cap by recently joining the Formula 1 circuit in Bahrain for the recently held Bahrain Grand Prix. The multiplex giant was one of the partners for the prestigious race, the Grand Prix held in the Middle East, which was a 4-day affair held from 28th to 31st March 2019. Formula 1 is the highest class of single-seater auto racing sanctioned by the FédérationInternationale de l’Automobile and owned by the Formula One Group. The FIA Formula One World Championship is one of the oldest racing tournaments in the world, with the first race dating back to 1950.

Since its first race in 2004, the Bahrain GP has grown on to become the single-largest attended event in the Gulf nation receiving more than a turnout of 95,000 people each year. Ensuring prime visibility to spectators, Mukta A2 Cinemas installed their booth in the grandstand area, which is where all the main action takes place on race day. The booth ran successfully for all 4 days of the event and received tremendous response from the attendees. The product range included Popcorn, Nachos, Hotdogs, Beverages, Slush, Candy Floss, Chocolates, amongst others. This participation will prove to be a major boost to Mukta A2 Cinemas and help it broaden its operations in the Middle East.

Commenting on the occasion, Mr. Rahul Puri, Managing Director, Mukta A2 Cinemas said, “It gives us immense pleasure to have been associated with such a mega international event, which has the entire sporting community watching. We feel extremely humbled that we could be a part of the Formula 1 Bahrain GP, where we witnessed all the live action of the event. We couldn’t be any happier knowing how impressed the attendees at the race were with the variety that our food had. At Mukta, we strive to provide the best quality products and services to our customers, and this was one such honest attempt. We hope to be back here next year with yet another unique spread from our food menu.”

Speaking on the success, Mr. Akshay Bajaj, Chief Operating Officer, Mukta A2 Cinemas- Middle East said, “It is a privilege to have been part of the prestigious Formula 1 Bahrain GP this year. Mukta A2 Cinemas, as it strives to broaden its ventures around the globe, is currently in its third year of operations in Bahrain. Getting the opportunity to be a part of this mega sporting event has added another feather to our hat. The response and adulation that we received from the attendees was overwhelming, and we are extremely happy about that. This is one of the biggest milestones for us in the middle-east and it will be interesting to see what lies ahead for us.”