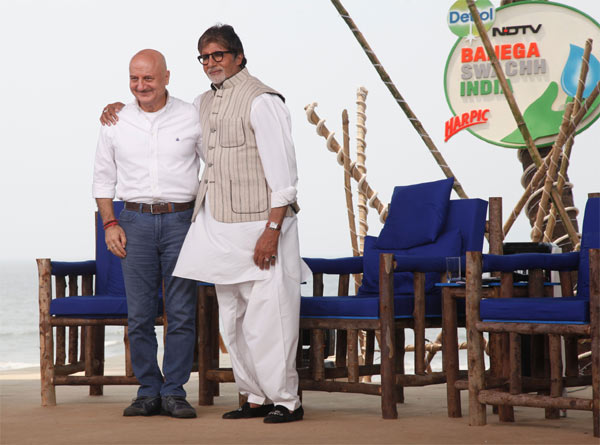 NDTV, India’s most trusted news network, in association with Dettol, India’s largest consumer germ-protection brand, organized a 12-hour Cleanathon on Rashtriya Swachhta Divas, to lend their support for the Swachh India initiative by the Government of India.  Hosted by Mr. Amitabh Bachchan & Vikram Chandra, Consulting Editor at NDTV, the event was attended by a host of prominent personalities including Alia Bhatt, Anupam Kher, John Abraham, DiaMirza, Jaya Bachchan, Raveena Tandon, Priya Dutt, Shankar Mahadevan and Rakeysh Omprakash Mehra. Many others joined to appeal millions of viewers and audience to join the cause and clean 10 yards of their surroundings to make India clean. Eminent political figures, and Chief Minister like Shivraj Singh Chouhan, Capt. Amarinder Singh, Manish Sisodia, Kiran Bedi, and Dr.Raman Singh from all over the states joined the Cleanathon and lent their voice to the campaign.

One of the major concerns that is plaguing India is the poor state of hygiene and sanitation. According to UNICEF, only 31% of the total Indian population use improved sanitation. In addition, 595 million people do not use toilets in India. Open defecation is a reality and causes chronic diarrhea that leads to stunting and 1,000 lives are lost every day due to stunting. To educate people on the importance of cleanliness, NDTV partnered with Dettol in 2014, to launch India’s biggest sanitation campaign – ‘Banega Swachh India’. The program aims to create awareness about the importance of hygiene and sanitation and also work with NGO partners to support infrastructure for construction and maintenance of toilets.

Keeping with the beliefs of the father of our nation, Mahatma Gandhi, the NDTV-Dettol Banega Swachh India campaign observes Rashtriya Swachhta Diwas on October 02. The campaign encourages citizens to join a nationwide cleaning movement for a healthier life. The CLEANATHON focused on encouraging everyone to support the campaign by cleaning 10 yards, i.e., “Mere DusGaz” of their respective surroundings. With Amitabh Bachchan leading this campaign for the fourth consecutive year, the purpose is spreading awareness that cleanliness is a personal charge and everyone is equally responsible to keep Swachh Zameen, Hawa and Paani.

As part of the drive, a broad spectrum of groups came forward to provide support through different initiatives varying from schools to community groups. More than half a dozen schools like Welham, DPS RK Puram, Lawrence school Sherwood, undertook various activities for the betterment of the society. While schools did their part, community members joined hands to clean sweep Chimbai beach, one of the dirtiest beach in Mumbai with floating garbage that comes to the seashore. This was followed by coordinating wall painting activity, installation of dustbins in communities and awareness drives to sensitize community members. This educated the community about usage of dustbins for disposing their household waste. The activity spread wings with the mass cleaning of Metro pillars in cities like Delhi, Allahabad, Bangalore and Mumbai by volunteers like Ugly Indians, Swaratham to spread the message.

Commenting on the occasion, campaign ambassador, Mr. Amitabh Bachchan, said “Cleanliness needs to be individual driven, I appeal to people to not only keep their house clean but their neighbours house as well. I encourage people to embrace Swachhta by littering less and composting more, and keeping their 10 surrounding yards clean and Green. With regard to problems of lack of toilets, plastic pollution, unclean rivers and toxic air, lets pledge together to fight towards a Swachh India.”

Speaking at the event, Nitish Kapoor, Managing Director, RB India said, “Banega Swachh India has been creating awareness and driving behavior change for the last 3 years. The program has been able to create a positive impact with the school curriculum reaching 4.5million children and the community and partnerships making 200 villages ODF. Now the time has come to empower the people with knowledge of the importance of their individual contribution with our Mere DusGaz campaign. This enlightens the people to contribute in the vision of making India Swachh. This year we aim to educate everyone that not only land but also the water and air are our responsibility. Air and water pollution are immediate concerns and needs to be nipped in the bud.”

Speaking about the initiative, Vikram Chandra, Consulting Editor, NDTV said, “Plastic is the root cause of majority of the garbage lying around the country. A change in the mindset of people can bring a difference to the society. Awareness among people of utmost importance as only that can translate to action. The key to solving the problem is if every individual takes up a challenge to keep 10 yards of their surroundings clean, then the whole city will be cleaned up.”

The event ended with a heartwarming performance by specially-abled children from Rochiram T. Thadani High School for Hearing Handicapped. 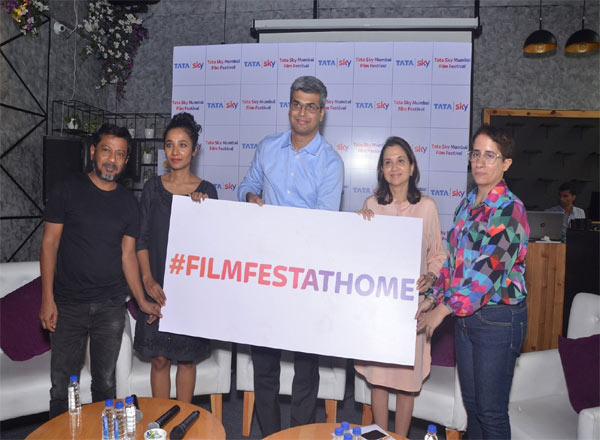