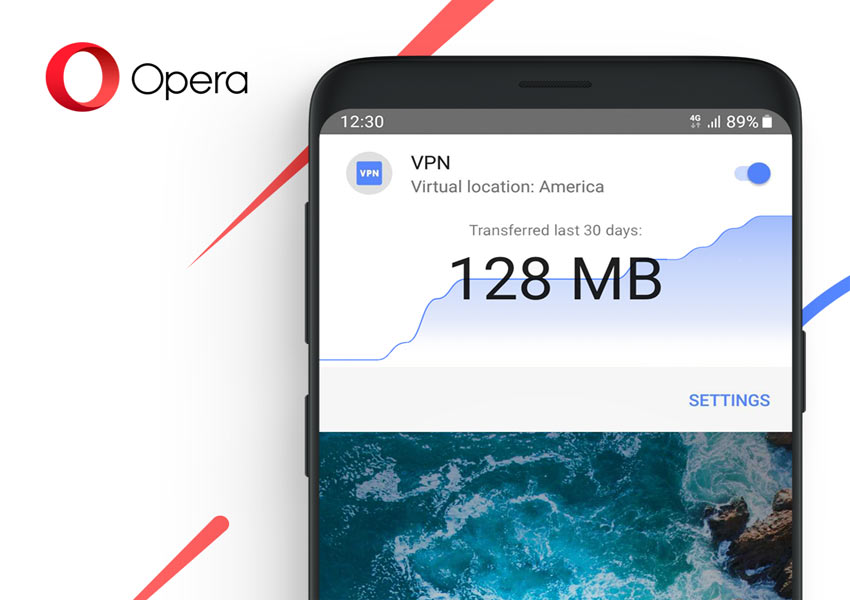 Opera, the Norwegian browser developer, released a new version of its mobile browser, Opera for Android 51, which now features a built-in VPN service.

The new browser VPN is free, unlimited and easy to use. When enabled, it gives users enhanced control of their online privacy and improves their online security, especially when connecting to public Wi-Fi networks. With this addition, Opera marks a new standard for privacy and security in mobile browsing.

When users enable the built-in VPN, they will create a private and encrypted connection between their mobile devices and a remote VPN server, using strong 256-bit encryption algorithms. When enabled, the VPN will hide the user physical location and will make it hard to track their behavior on the Web. The browser VPN service is also a no-log service, which means that the VPN servers do not log and retain any activity data, all to protect users’ privacy.

The built-in VPN is a very useful feature for Internet users who connect to public Wi-Fi in coffee shops, airports and hotels. The VPN will send users’ request through a secure tunnel that encrypts Internet traffic coming in and out from their mobile devices. This reduces the risk of malicious third parties collecting sensitive information.

“The fact is that users are exposed when they connect to public Wi-Fi without a VPN,” said Wallman. “By enabling Opera VPN, users make it very difficult for third parties to steal pieces of their information and can avoid being tracked. Users no longer need to question if or how they can protect their personal information in these situations.”

Major demand for VPN in India

In India, Internet users love VPN services. Out of the 650 million VPN users around the world, 33% of them are based in India, this means more than 160 million VPN users in the country. With the new built-in VPN in the Opera browser these users now have an easy, and free alternative to enhance their online privacy and security on the web.

“Young people are being very concerned about their online privacy as they increasingly live their lives online.” said Wallman. “We want to make VPN adoption easy and user-friendly, especially for those who want to feel more secure on the Web but are not aware of how to do it. This is a free solution for them that works.”

Enabling the Opera VPN is simple. Users need to tap on the settings of the browser, go to VPN and enable the feature according to their preference. They can also select the region to which they want to connect to.
Free and no sign-in