Pantaloons cheers for India with “How Blue Are You?” 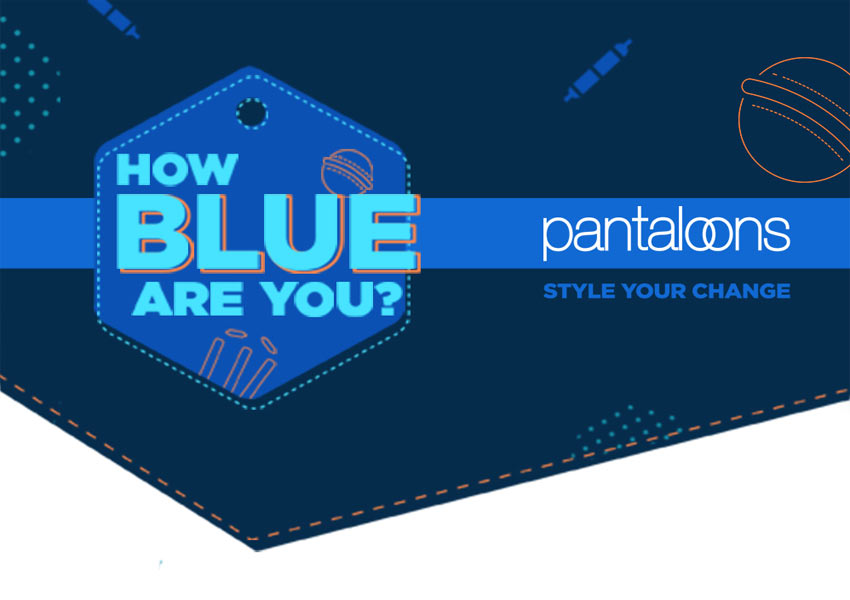 Pantaloons will join in to express its love for the sport with its Cricket campaign, “How Blue Are You?”As part of the campaign, the brand will change its identity, which has been its calling card for years. So just for the campaign, Pantaloons will proudly change the colour of it’s logo to Blue. Even the name of the Loyalty Program will be changed from Greencard to Bluecard for the campaign. A hyper-personalised campaign is being created for 50 Lakh Pantaloons loyalty club members. The campaign will showcase the number of blue clothes the customer has bought and offer options to up the ‘Blue’ quotient in their wardrobes.

Elaborating further on the campaign, Ryan Fernandes, Head of marketing and E-Commerce, Pantaloons, said, “‘How Blue Are You’ is our attempt to pay tribute to the Indian fan. We are going to go all out, right from tweaking our brand identity and loyalty program for one day, to delivering personalized fan moments for our customers. As one of India’s most loved fashion brands, we want to show our love for the nation and cheer for our boys in Blue.”

“It’s time for the ultimate fan pilgrimage and every brand worth its salt, would want to leverage it. Our attempt was to pay the ultimate homage by changing the colour of Pantaloons’ iconic loyalty club branding logo and integrating the campaign all the way through.” says Anil Nair, CEO – VMLY&R, the agency behind this campaign.