Patanjali is among India’s Most Influential Brands: Ipsos study

Global research company Ipsos has unveiled the top 20 Most Influential Brands in India for 2016.

Google occupies the number one position followed by Microsoft and Facebook at number two and three respectively. Home grown brands, Patanjali and Jio make an impressive entry into the top 10 ranked at fourth and ninth place respectively showing the enormous amount of influence that these brands wield in a short span of time. Both brands did not figure in the previous edition of the study.

Among the top ten brands Flipkart dropped three spots to take the tenth place while Amazon climbed a couple of steps to take the sixth place. Leading bank SBI, which has been on a consolidation mode move up four ranks to take the fifth place and is the only financial brand in the top 10.

The Ipsos Most Influential Brand Study evaluates 100+ brands across 21 countries and involved 36,600 interviews. In India the research covered more than 1,000 Indians online to assess 100+ brands.

Parijat Chakraborty, Executive Director, Ipsos Public Affairs & Loyalty said, “The Most Influential Brands are larger than life. They are aspirational. They enhance our lives – make it better. We trust these brands. We connect with them emotionally and cannot imagine our lives without them – they are influential”.

This is the second year Ipsos has assessed India’s Most Influential Brands. Consumers rate them high on quality, experience and value, marketers earmark big marketing spends and consciously work towards increasing their brand equity – all this investment seems to be paying off for the influential brands as they tend to outperform their competition reflecting their perceived value.

It is important to note that the Ipsos study has measured the biggest, most well-known and/ or highest spending brands only. As a result, the Ipsos Most Influential Brand Study did not look at the entire market.

Interestingly, all brands that have featured in the Most Influential Brands List are those that consumer engages with on-a-daily-basis; a constant companion; an extension of consumer – Google, Microsoft, Facebook, Patanjali, State Bank of India, Amazon, Samsung, Airtel, Jio and Flipkart – if we look at the top 10 list.

“It’s impossible for consumers to imagine their lives without these brands.  The formula for success of Influence rides on those 5 pillars of trustworthy, engagement, leading edge, corporate citizenship and presence, “added Chakraborty.

What builds influence? How do some brands stand out from the rest? The Ipsos Most Influential Brands study shows there are five key factors that are the building blocks of influence.

Leading Edge: They are model brands – iconic – they don’t toe the line, they are leaders – they stand out and define new paradigms – they grow the category – others emulate them and derive inspiration from them.

Corporate Citizenship: Influential brands give back to society. Consumers patronize them as they are socially more responsible. It’s built in their ethos. Driven from the top.

Presence:Influential brands play it big. They have astronomical marketing spends – are visible across consumer touch points with inspiring communications, visuals, adverts that are highly impactful, generating a strong consumer pull. It all hinges on placement, promotion and people.

About the Ipsos Most Influential Brand Study

All data was collected via online panels by Ipsosacross 21 countries and involved 36,600 interviews. In India the research covered 1,000 Indians online to assess 100+ brands.

The sample is reflective of population where possible via online methodology. Within each country data is weighted back to either census population or the online age population where the representation of age groups online is skewed to younger population.

At the Global level, countries are assigned a weight based on GDP, with higher GDP countries having a greater impact on the global influence score.

The five remaining factors were used as attributes to help explain what makes each brand influential (as it varies from brand to brand). These five factors are: Leading Edge, Corporate Citizenship, Trustworthiness, Presence, and Engagement. 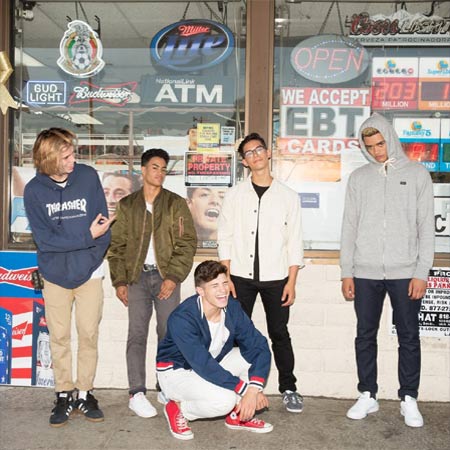