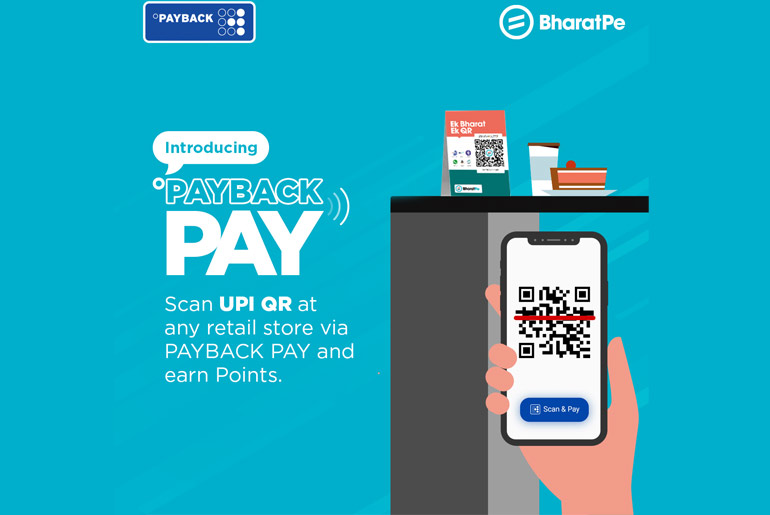 A BharatPe company and India’s largest multi-brand loyalty program, PAYBACK India launched a PAY feature on its mobile app. PAYBACK PAY will enable the 100 million+ members of PAYBACK India to make payments by scanning the UPI QR at any merchant outlet/ retail store by using the PAYBACK app and earn loyalty points on every transaction.

On the first UPI transaction via PAYBACK PAY, PAYBACK India members will earn 50 bonus points and 5 PAYBACK points thereafter, on every transaction. Furthermore, customers will earn 2X points on transactions done at BharatPe QRs. The points will be credited to the customer’s account on a real-time basis.

Speaking on the launch, Ashneer Grover, Co-Founder and Managing Director, BharatPe, said, “PAYBACK is a great loyalty proposition – allowing customers to earn and redeem loyalty points at thousands of merchant outlets. Last year PAYBACK drove GMV of US$ 8Bn for partner merchants. I would stick my neck out and say the proposition is even superior to CRED, MagicPin, FAVE or any other loyalty program in India today. Our vision is to make credit and loyalty integral and invisible to every transaction. PAYBACK PAY will put customers in habit of scanning and paying on UPI QRs. Eventually, all redemption and earning of PAYBACK points will happen automatically at BharatPe QRs. PAYBACK points will be a currency as it will be universally accepted.”

Added Rijish Raghavan, CEO, PAYBACK India, “At PAYBACK, we have always been committed to creating rewarding experiences for our customers. The launch of PAYBACK PAY is another step in the same direction. We are confident that this product will redefine the customer experience with its unique proposition that integrates loyalty and payments. We want to ensure that our members can earn loyalty points for their purchases, irrespective of whether they are shopping at a big retail store or at their neighbourhood kirana shop. We are hoping to work closely with neighbourhood stores to help them leverage the power of loyalty to drive customer footfall, greater stickiness and enhanced experience.”