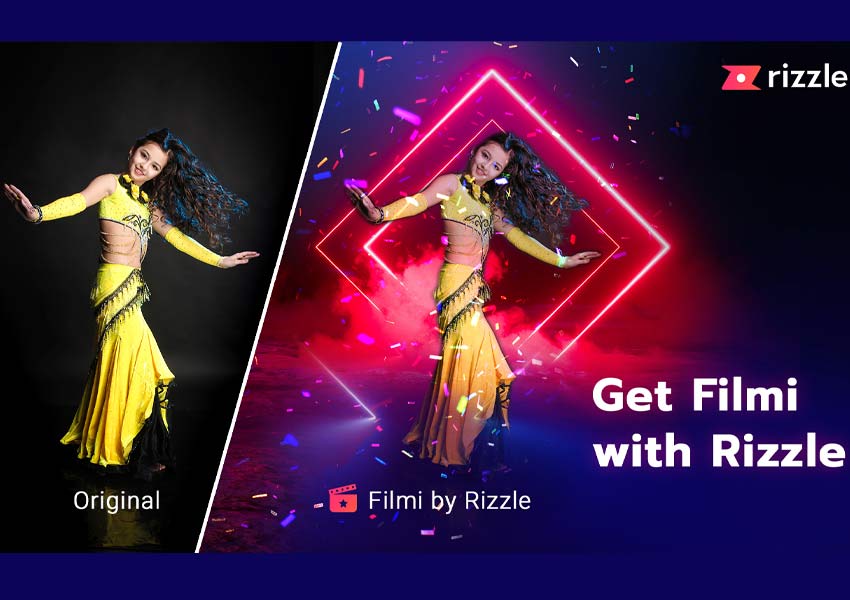 Rizzle introduces its new feature, Filmi that transforms simple videos into stunning videos that seem straight out of a Bollywood movie.  Thanks to their AI & ML-based special effects that give you short videos every day for a magical makeover at the touch of a button. This update is welcomed by the larger creator community as the hours spent on editing can now be put to productive use.

Creators spend so much time editing a short video clip to ensure they get high engagement. While some creators learn the art of editing, the vast majority would rather focus on their primary skillset of performance art including lip-syncing, dance, short skits, and so on.

And, Filmi is revolutionary in short video platforms.

Sapna Patel, the Director of Marketing at Rizzle states: “Rizzle is re-leveling the video playing field for creators with Filmi. Our team wants to empower all creators with AI & ML-powered tools to create magical videos. Our goal is to create the next 10 million young and energetic superstar creators to become viral sensations with their Bollywood quality Filmis. We aim to make short videos magical again!”

Rizzle creators who tried Filmi on the beta version of the app were blown away! Here’s what they had to say about it:

Dancer Pragya Shrestha, states: “Filmi is like Bollywood tadka! It spices up my videos in a snap. I don’t have to worry about editing at all, and all my focus remains on my first love- dance!”

Namrata Gupta adds,  “When I watch Bollywood music videos, I’m always blown away by the effects and wonder how they are achieved. Now, the world can be blown away by my Filmi(s)!”

Choreographer and fitness trainer Nainesh D Kansara, mentions, “I’ve discovered the secret sauce to video virality: It is Rizzle’s Filmi! I swear by it!”

Below are the video links showing the new feature: