ScoopWhoop Chase launches its latest documentary titled “The Manual Scavengers of Mumbai” that investigates the unfair practice of sewage treatment in Mumbai, the financial capital of India.

The film features an upper caste male going into a gutter to scavenge for waste, while exploring the ideas of caste and privilege that underlines the film’s narrative. The enthralling film captures a reporter narrating facts about Mumbai’s sewage disposal system, while interviewing sewage workers from various backgrounds on their daily life, struggles and experiences of manual scavenging. The reporter, then enters an open gutter and pothole and narrates his feelings, with gut-wrenching graphic visuals supporting it.

Sriparna Tikekar, Co-founder and Chief Content Officer, ScoopWhoop Media said, “Chase is ScoopWhoop’s digital platform which emphasizes on the little stories around the corner that do not get its due attention. Our main objective of filming this documentary was to start the conversation around manual scavenging in our country. It is a bigoted practice that has been carry-forwarded through centuries, and is still prevalent in our modern times. In spite of all the awareness films, news articles, and court rulings, nothing has changed much. So we felt that sending someone who our viewers could relate to into a gutter/naala to clean human waste might make the viewers sit up and take notice.”

ScoopWhoop’s Chase, through its investigative web documentaries on diverse topics, aims to chronicle the untold and unreported stories of India. It focuses on not just the stories but also the way one chooses to tell them, with young filmmakers exploring their unique styles to connect with their audience. Some of the other documentaries in the Chase series include Love Jihad, Fake Leather bags industry in India, and Watching an IPL match with a bookie, etc.

Tags:
Previous Article
Hero Electric celebrates the success of their lithium-ion technology in the EV Industry
Next Article
Petrina D’Rozario appointed as the COO of Purple Pebble Pictures 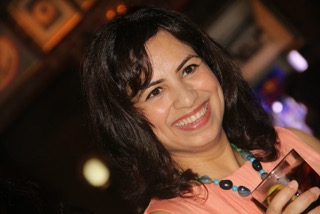