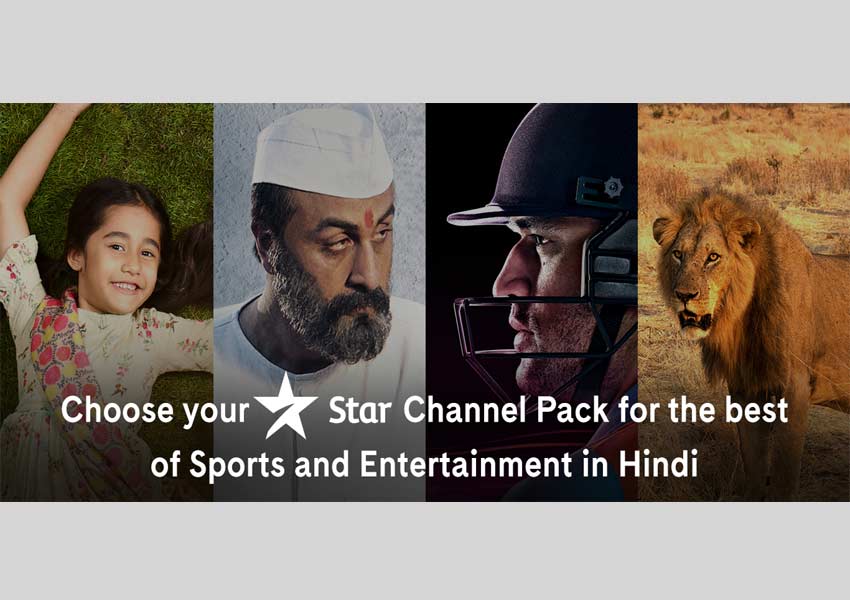 In keeping with Star India’s belief that every Indian should have access to high quality sports content including cricket, kabaddi, football along with their favourite dose of entertainment, it has launched the Star Value Pack in 7 languages. Offering unparalleled quality content for everybody in the family, the Star Value Pack has the most compelling channels across Entertainment, Movies, Education and the very best in Sports. Viewers get an incredible line-up of sports properties such as Vivo IPL, ICC Cricket World Cup, BCCI tournaments, Vivo Pro Kabaddi League, Hero Indian Super League and more at unbelievably affordable prices. This initiative is in line with the New Tariff Regime beginning December 29th, 2018 empowering consumers to pay only for what they choose.

Says Mr. Sanjay Gupta, Managing Director- Star India said “We believe Entertainment and Sports play a critical role in shaping the nation. By including Sports in the Star Value Pack, we aim to make it accessible to every Indian and thus change the way Sports has been consumed in the country. The Star Value Pack offers viewers the very best from our wide canvas of content across general entertainment, movies, sports and knowledge at unbelievably affordable rates. We have been entertaining, inspiring and serving millions of viewers across India for close to 25 years now, and are delighted to empower the consumer further with even greater choice and value.”

Thinking of ways to offer even greater choice & entertainment for viewer, Star India, in addition to the Star Value Pack,is giving consumers the choice to select the Star Premium Pack that includes the Star Value Pack content as well as the best of international entertainment, movies, lifestyle and marquee sporting events such as Premier League, Grand Slam events and Formula 1. Available in seven languages, the Star Premium Pack caters to the requirements of the discerning viewer.