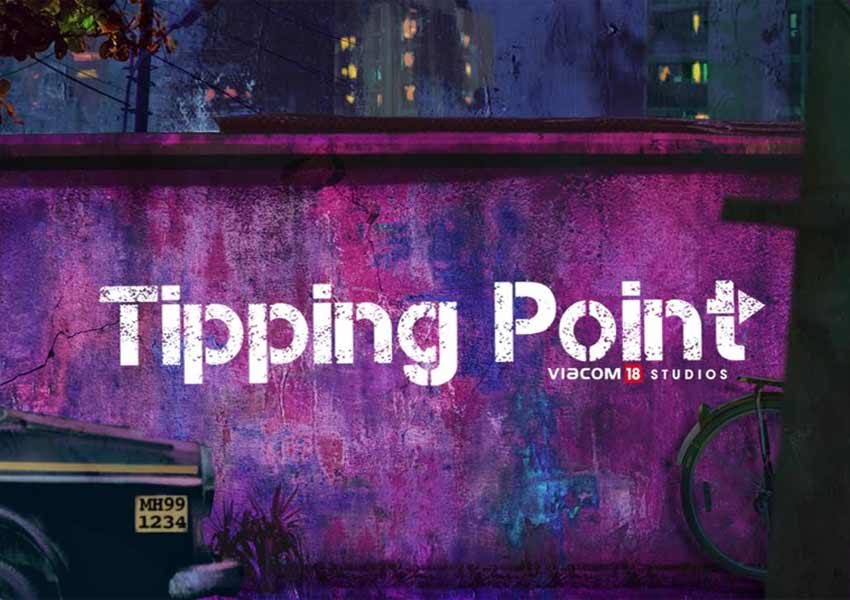 Viacom18 Studios unveiled the all new funky and vibrant logo of TIPPING POINT – their digital content arm. It offers a host of web series, short films and non-traditional formats with unconventional narratives. The new identity designed by Avant Garde Films is a unique, rustic yet vibrant. The new logo not only breaks the stereotype but also keeps the Indian essence in place. The logo depicts Tipping Point as a platform that creates bold, engaging and path breaking content for online audiences.

Commenting on the thoughts behind the logo, Sohini Mitra, from Avant Garde Films said, “We adapted a more focussed approach as Tipping Point wanted to target the youth.’’

The creative process began with rigorous brain storming when we zeroed in on the concept of giving the logo a rustic look keeping the background vibrant. We have also retained the essence of Mumbai with subtle elements that will catch instant attention of the audience.” said Abhishek De From Avant Garde Films.

The Walking Dead: World Beyond, Coming to Prime Video on April 13
MediaInfoline Mar 12