Twitter, the first place to see what’s happening, unveiled a robust slate of premium live and in-stream video content deals across sports, news and entertainment this morning at All That Matters. Over 35 collaborations were announced, bringing hundreds of hours of new exclusive video and live original programming, live games and events to the platform. The announcement includes extensions of existing global live deals and brings new always-on premium video content on Twitter to advertisers in Asia Pacific. In relation, Twitter rolls out in-stream video advertising offering to the region starting with Australia – more details here.

“Live is at the core of Twitter. In Q2, we streamed over 1,200 hours of live premium content globally from leading brands across sports, esports, news, and entertainment,” said Matthew Derella, Global VP of Revenue & Operations, Twitter. “Asia Pacific is the growth engine of Twitter and we could not be prouder to extend our success with both live streaming and in-stream premium video content in the region.”

“Digital video consumption is growing rapidly in Asia Pacific and estimated to grow to over a billion by 2020,” said Maya Hari, Managing Director of Asia Pacific, Twitter. “Introducing over 35 live and in-stream video sponsorship deals today to APAC advertisers will strengthen the success of our only-on-Twitter experience in the region and globally, combining high quality streaming video with conversation on what’s happening in the world right now.”

Attendees were given an overview of the different ways marketers can “be what’s happening” by advertising against premium video content to influential, connected audiences. New live and in-stream video content announced on stage included the following:

“We’re excited to be embarking on this journey with Twitter to reinvent the digital breaking news experience. By combining Bloomberg’s high-quality journalism and data-backed objectivity with Twitter’s global immediacy, we are creating the world’s fastest and most credible modern news source.” – Anjali Kapoor, Head of Digital, APAC, Bloomberg

“We, at Worldwide Media are pleased to associate with Twitter once again for the Filmfare Awards. Last year, we explored some never-before-seen opportunities with Twitter such as introducing first ever emoji for any Indian awards. This year too we look forward to bring exciting and out-of-the-box ideas to engage the huge number of Filmfare fans. This partnership will further enhance the massive reach of Filmfare Awards.” – Deepak Lamba, Chief Executive Officer, Worldwide Media Pvt. Ltd.

“As a leading media and entertainment company we offer news and original content relevant to the evolving needs of the Indian consumers. People come to Twitter with a discovery mode and Network 18’s current affairs, financial news and original content will offer them a unique glimpse into what’s happening in the world right now. Our interesting perspectives and powerful storytelling, aligned to Twitter’s real-time engagement and reach will create more value for our viewers.” – Avinash Kaul, Managing Director, A+E Networks | TV18 and President – Strategy, Product & Alliances – Network18.

“Our philosophy at Riot Games is that we put the player-experience first. We want our players to have choice when it comes to where they watch their esports and to be able to watch on the platform that provides them with the the interactive experience they prefer. Twitter allows fans to connect with each other and the event in a unique way which the stats show they’re enjoying.”
– Daniel Ringland (@RiotStupendous), Head of eSports Australia and New Zealand, Riot Games. 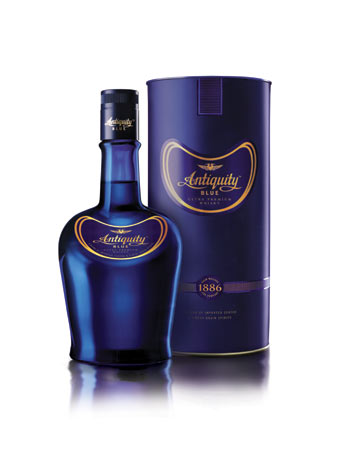