Reaffirming its commitment to challenge social norms and address issues of non-discrimination, United Colors of Benetton on India’s 71st Independence day releases a digital film titled #UnitedByFaith. On a day when the nation looks back on freedom fighters, patriotic songs and fanfare, Benetton India aims to address a subject that still festers in a collective conscience as a consequence of macro events such as partition and current issues of terrorism, instability, differences and their combined impact on social conditioning. This Independence day, Benetton India in collaboration with Terribly Tiny Tales brings forth a heartwarming true story of an unsung hero – Noorul Hasan, a Muslim resident in Lucknow who gave up a part of his house when it came to restoring an abandoned old Hindu temple; that he was sharing a wall with.

Benetton India released its first India centric short film #UnitedbyPlay One year ago on Independence Day addressing the two biggest drivers of influence in a country that is obsessed with hero worship – Cricket and religion; and influenced differences in an endearing manner. Building on the momentum, Benetton India once again takes a stronger stand for Unity by confronting differences of all kinds and dares to become a voice that questions all that divides us.

Speaking about the film, Mr Sundeep Chugh, CEO Benetton India Pvt. Ltd, said: “Benetton’s ethos has been to bring forward opposing social norms and emotions, and further uniting them with a clear message on humanity first. Benetton’s campaigns in India paints a similar picture in regards to the brand ideology while highlighting the social causes and knitting the diverse colors of India together. This digital film is an ongoing effort by the brand to take a stronger stand for unity and continue the efforts towards seeding the thought of social change. The story of Noorul Hasan gripped us with its simplicity and honesty; and a powerful story was asking to be made…we simply paid heed.”

The digital movie reflects on a day in the life of Noorul Hasan. He loves helping inside the temple yet he is a devout Muslim. He takes pride in being an Indian and that is what fills him with respect and acceptance towards other religions. Noorul Hasan refused to speak about hisefforts and strongly believes that philanthropy and benevolence are not flaunted in conversations.

Chintan Ruparel, Co-founder & Chief Creative Officer, Terribly Tiny Tales on the collaboration with United Colors of Benetton India, “The brief to do an Independence Day film came from our brand partners at Benetton India, who we’ve already done a bunch of films with in the past. We’re glad the brand came on board with this idea, because they added a lot to the narrative and the edit with their inputs. In that way, it was a truly collaborative effort.”

The film can be viewed on Benetton India’s Facebook page and Terribly Tiny Tales’s social media and YouTube channels. 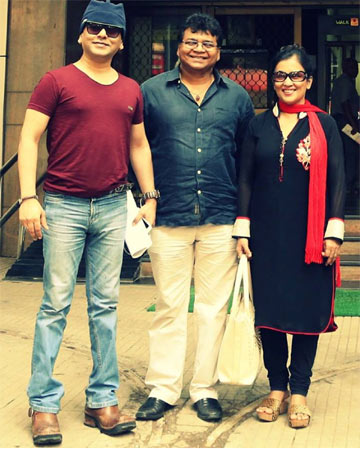