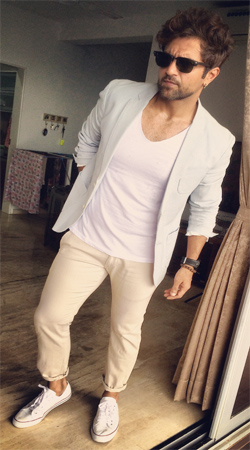 The versatile and dashing Aamir Dalvi will soon make an entry in Zindagi’s ‘Bhaage Re Mann’ that airs 8:30 pm from Monday to Saturday. One of the more prominent faces of the Indian television today, Aamir Dalvi will be seen in the show as Padmini’s old friend Rudra from her travelling days. Aamir will enter the show, amidst all the tension brewing in the Awasthi family at the request of his old friend, Padmini. She reaches out to Rudra to help her solve issues that she is unable to handle alone.

Known for playing challenging roles, Aamir has displayed his acting prowess with diverse roles in television and films. He has played pivotal roles in many shows like ‘Shapath-Supercops VS Supervillians’, ‘Sanskaar Laxmi’, ‘Parvarish 2’, ‘Jeevan Saathi’, ‘Saathi Re’ among others. Aamir has also acted in films like ‘Viruddh’ by Mahesh Manjrekar, ‘Calcutta Mail’ by Sudhir Mishra and ‘Dilli Gang’ by Rajeshwar Tyagi.

Talking about his role in Bhaage Re Mann Aamir Dalvi said, “I am really excited to be a part of Bhaage Re Mann. It’s a unique drama which is what got me interested. I have always liked the shows aired on Zindagi as they have a great narrative and are concept driven. I hope that the viewers like my character, Rudra. His entry as Padmini’s old travel buddy will bring about many interesting twists and turns in the show.”

Will Rudra be able to help Padmini solve her family problems? Will his presence pose a threat to Raghav – Padmini’s blossoming romance?

To find out more, tune into ‘Bhaage Re Mann’ every Monday to Saturday at 8:30 PM only on Zindagi!