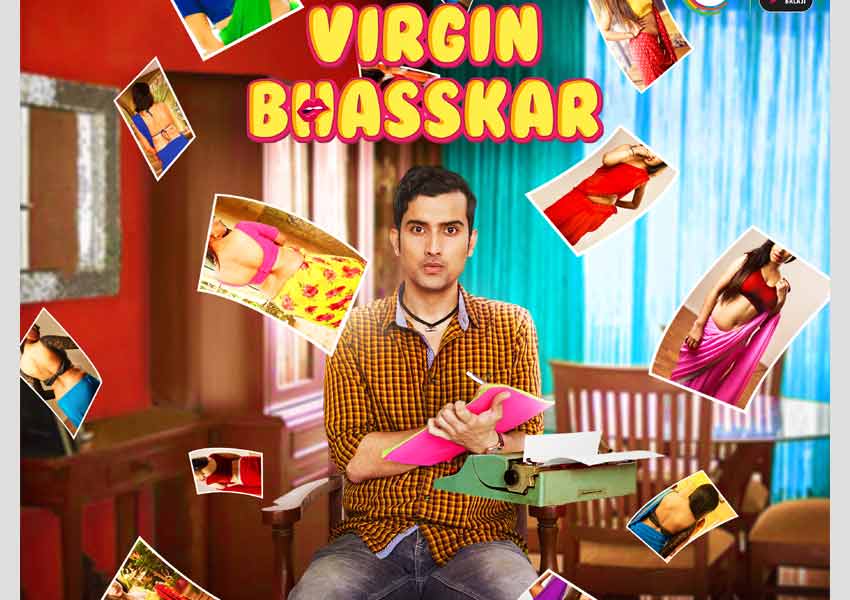 After leaving the audience in splits with the trailer, fans are finally reveling in the laugh riot that is Virgin Bhasskar. The 11-episode series, now streaming on ALTBalaji and ZEE5, is the story of Bhasskar Tripathi, played by Anant Joshi of the Gandii Baat fame, who wants to lose his virginity to the love of his life. Bearing the constant taunts of being a virgin, Bhasskar channels his frustration and feelings through an erotic novel which turns out to be a best-seller. Set against the backdrop of Banaras, the tantalizing stories penned down by Bhasskar are the adventures of his buddy Mishra, portrayed by Himanshu Kohli, through whom Bhasskar lives his life vicariously. Bhasskar’s love-life takes a turn for the better when he meets the gorgeous Vidhi Pandey, played by Rutpanna Aishwarya. As the couple bask in their new-found romance, a twist in the tale arises when Vidhi realizes that the man she’s in love with is an erotica writer. Was this relationship done out of a primal desire to lose his virginity or does Bhasskar actually love the girl – this is what the comedy of errors and a laugh riot, Virgin Bhasskar, is all about.

Bhasskar was complete opposite to what his friends were. As they basked in their years of puberty, our naive Bhasskar spent time studying. Being completely in the dark about how to go about things, he starts blaming everyone under the sun for conspiring against him and leaving him still a virgin. To channel his emotions and frustrations, Bhasskar decides to pen down his feelings, much to the delight of his readers. After becoming an overnight sensation, he soon realizes that writing erotic novels is not what he wants to do in life. This sudden revelation in his life arises due to Vidhi, an aspiring IAS officer, whom he falls in love with. While she may look like a typical domesticated girl from UP, her demeanour is bindaas and pretty carefree. She makes one admire her for the attitude she carries yet no one dares to approach her with a romantic proposal. If anyone breaks her heart, she ends up breaking his legs. With things going smoothly between the two, the big fight arises when Vidhi comes to know of the literary side of Bhasskar, which he has hidden from her. Expect fans to be on the edge of their seats, as they not only laugh their hearts out but wait in eager anticipation to see if Bhasskar finally loses his virginity.

Speaking on the launch, Anant Joshi said, “I was simply blown away when the script came to me. Reading something so risqué, yet so rampant around the country, was something that I wanted to be part of. Working again with ALTBalaji was an absolute blast and I am happy that I am getting to play new characters. Bhasskar Tripathi has been a very challenging role for me. What we mustn’t forget that despite it being set in such a quirky backdrop, it’s a story filled with sweetness, innocence and a lot of love. It’s surely going to be a show that the audiences will relate to. Having put my heart and soul into the character, I hope the series goes on to be a super hit.”

Commenting on the launch, Rutpanna Aishwarya, said, “It didn’t take me much time to want to be a part of the show after reading the script. Playing Vidhi’s character was a memorable experience as she is so different from the stereotypical UP girls who are reserved and calm. Vidhi is an absolute firebrand and it was great to play this rebel-like character on screen.”

Get set to be a part of Bhasskar’s quest to put an end to his virginity miseries. With audiences rooting for him, Will Bhasskar get the ‘Happy Ending’ he needs? To find out

Tags:
Previous Article
We Are Water Foundation to bring toilet revolution in Dholpur, Rajasthan
Next Article
Katrina Kaif inspires you to find your “Ree” in Reebok’s #SheGotRee