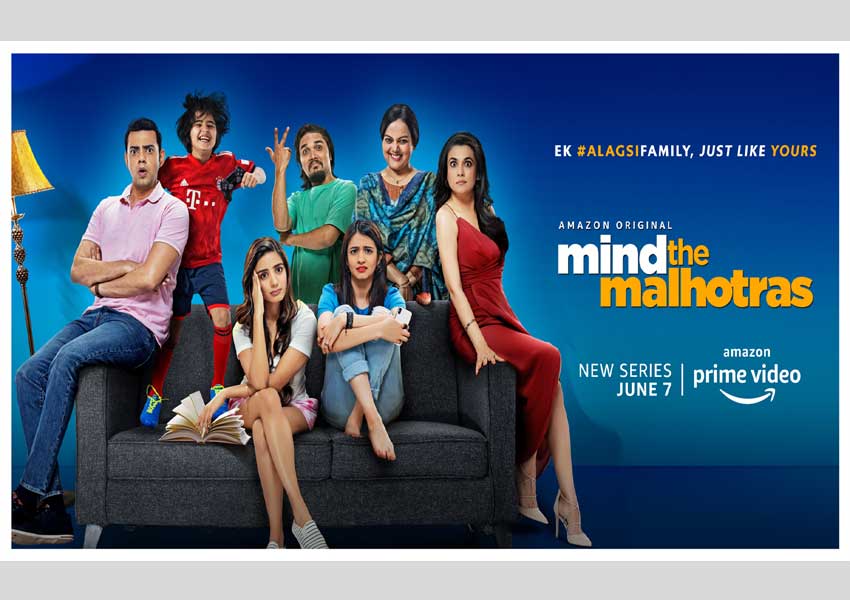 Amazon Prime Video released a hilarious trailer for the upcoming sitcom. The first look of the show was released recently. The show is a humorous take on modern marriages depicted via the life of a married couple Rishabh and Shefali Malhotra (played by the talented Cyrus Sahukar and Mini Mathur), as they take on everyday challenges faced by this quirky family of five. The series showcases the ‘seemingly normal’ family of five whose daily lives are full of awkward and insane moments.

Vijay Subramaniam, Director and Head, Content, Amazon Prime Video India, said “We are delighted to present our first sitcom, Mind the Malhotras. The show is a fun take on the everyday lives of a modern, upwardly mobile, suburban Indian couple. Packed with relatable moments and laugh-out-loud humour, we believe that the show will be loved by audiences across the country.  We have received great appreciation from our customers for our comedy offering and are excited to continue building on it with this series.”

Sameer Nair, CEO, Applause Entertainment said “Sitcoms in India make for a great family watch and we are happy to adapt this Armoza Formats show and present a new story with fresh, relatable characters. The story arcs borrow from real life, and I am sure viewers will find moments and conversations that mirror their lives. At Applause, we strive to develop rich and premium content that will delight audiences. We hope that viewers will enjoy what we have in-store for them with this new Amazon Original Series.”

With another married couple from their friend circle filing for divorce, Rishabh and Shefali Malhotra feel their marriage too might be on the rocks and may come to an inevitable end, if immediate measures are not taken. The couple decides to seek professional help from a therapist who digs up embarrassing moments from the family’s past. The sitcom brings to life entertaining instances of the married couple who are trying to raise their family in an urban city, while they are simultaneously influenced by their bizarre friends and neighbors. Through each episode Rishabh and Shefali reflect upon instances from their lives on the ‘couples counselling couch’, while the therapist tries to make sense of what could possibly cause a hindrance in their marriage.