Catch the rivalries behind the greatest inventions with GENIUS 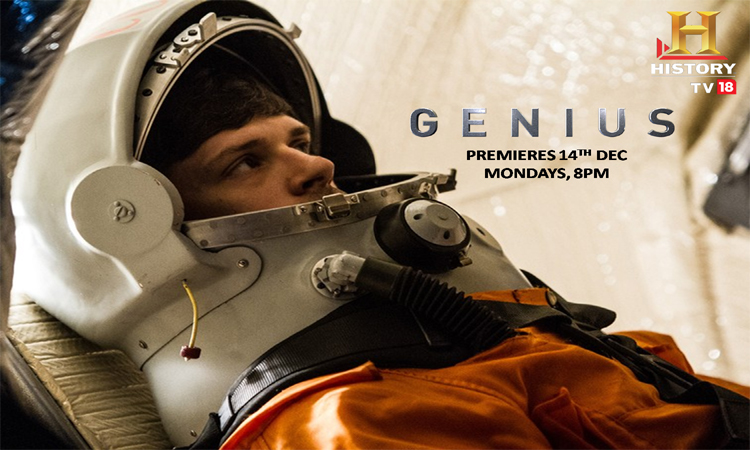 Genius tells the story of the men and women that changed the way we live and inspired many. HISTORY TV18 brings to audiences the India premiere of this mini-series on 14th December, every Monday at 8PM, dedicated to the heroes, legendary icons and luminaries who changed the world through monumental innovations and staggering ingenuity. They gave us the airplane and the television, the six-gun and the personal computer, the A-bomb and the iPod and created a legacy.

However, behind every great genius is a great rival, an unstoppable adversary with incredible vision, determination and ambition. Out of their struggles came breakthroughs and success. In this stunning 8-part mini-series, we hear the stories of how the ultimate rivals for posterity clashed, lost everything or triumphed.

Genius reveals the fateful forces behind the greatest competitions for innovation and the contests that pit history’s brightest minds against each other in the race to lay claim to the future. Tracing the competitive spirit behind some of the most prolific inventors, from Bill Gates and Steve Jobs to Thomas Edison and Nikola Tesla, the stories are intricately woven through reenactments, providing a new perspective on the adversaries that have helped shape the world and impacted how we live today.