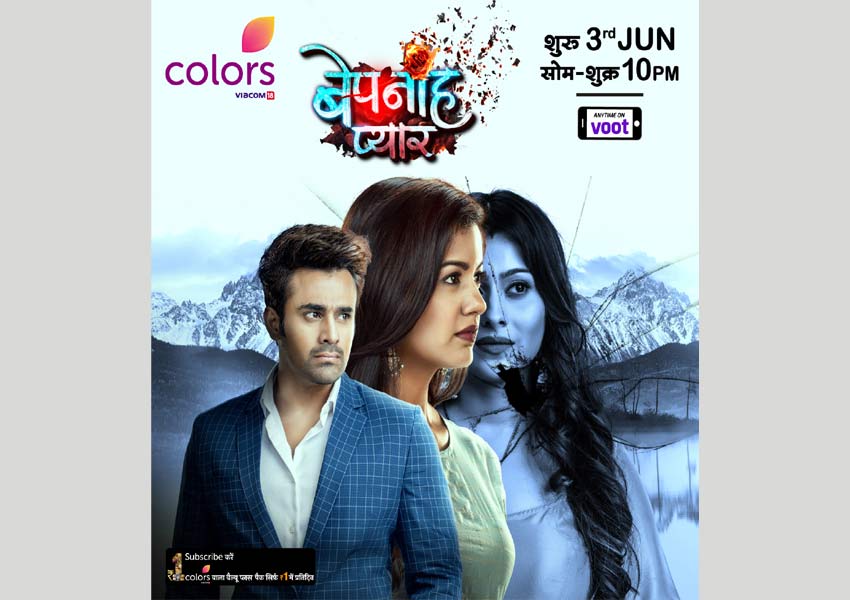 COLORS is set to bolster the programming lineup by introducing two new drama shows from Balaji Telefilms’ stable – Kawach Mahashivratri and Bepanah Pyaarrand the second season of its flagship dance reality show Dance Deewane. In keeping with the channel’s philosophy of bringing the best of fiction and reality content to its viewers,the two new fiction shows are backed by fresh narratives – Kawach Mahashivratri being a supernatural thriller while Bepanah Pyaarr is a romatic thriller.The shows will see the hit combination of Balaji Telefilms and COLORS adding more entertainment in the Hindi General Entertainment category building on past successes like Naagin, Kasam Tere Pyaar Ki, Chandrakanta in the past. COLORS is completing the traige of new launches with the second season of its popular dance reality show Dance Dewane 2, set to air on weekends.

Nina Elavia Jaipuria, Head  Hindi Mass Entertainment and Kids TV Network at Viacom18, said: “At COLORS, we have always believed in pushing the envolope through both scripted and reality content. We have had a very successful run with the creative genius of Ekta Kapoor. Historically, the duo of Balaji Telefilms and COLORS has pioneered in defining entertainment content on Indian television. With Kawach Mahashivratri and Bepanah Pyar, we are confident of recreating this magic. After a tremendous first season, Dance Dewane 2 completes our reality offering and will go on to replace Rising Star.”

An extension of its supernatural franchise Kawach, Kawach Mahashivratri will pick up the baton from it the superhit show Naagin 3. The show features a gripping storyline delving into mystic forces and supernatural realms. The narrative will highlight the journey of Sandhya (Deepika Singh) as she fights to protect her family from the clutches of the unknown. While Mahashivratri is an auspicious time, the night brings all the supernatural forces into play to wreak havoc in Sandhya’s life. The show stars Namik Paul, Vin Rana, Mallika Nayak, Harsh Vashisht and others in pivotal roles.

Bepanah Pyaarr, on the other hand, is a romantic thriller that traces the journey of a couple in love. Raghbir (Pearl Puri) and Baani (Aparna Dixit) feel fulfilled in each other’s company but fate has something else in store and a mystery ensues. What was once love for Raghbir eventually leads to his downfall. The show will also have Ishita Dutta play Pragati who enters Ragbhir’s life under mysterious circumstances.

Dance Deewane’s Season 2 will once give the participants across three generations a chance to share a grand stage that enables them to display their passion for dance.

Explaining further, Manisha Sharma, Chief Content Officer, Hindi Mass Entertainment at Viacom18, said, “At COLORS, we have always believed in creating narratives shaped by engaging content. Our journey forward will be defined by giving life to stories based on the theme of love, mystery and  mystic that are known to resonate strongly with the audience. While Kawach Mahashivratri uncovers the realms of the unknown with a supernatural element, Bepanaah Pyaarr is a love story with a twist of an unsolved death mystery – a murder or an accident, layered with dark secrets. We’re also thrilled to bring back season 2 of Dance Deewane that will enthrall the audience.”