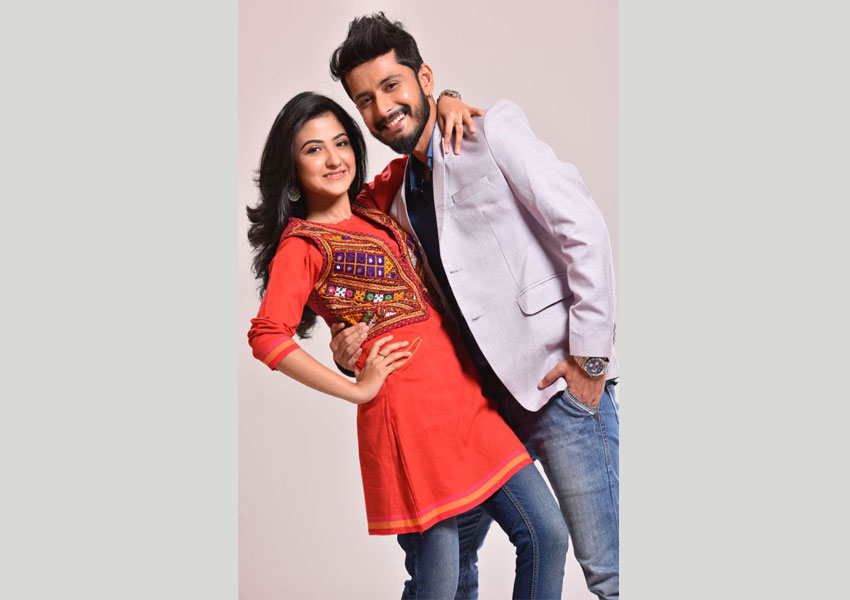 “Lovers don’t finally meet somewhere. They’re in each other all along.” – Rumi. Breaking away from conventions, COLORS Bangla brings to viewers a story of love stirred with flavors of comedy and a tinge of drama. Refreshing primetime viewing, the channel ventures into a new space of fun light-hearted and endearing romance with its latest show – Shashurbari Zindabad premiering on Monday June 10 at 9:30pm.

Revolving around the lives of two contrasting families with different ideologies; one consisting of only-women with a deep-rooted hatred for men and another outright misogynistic family. But a twist in the tale comes when Mishtu and Kingshuk from the world’s that are poles apart fall in love. Playing the role of Mishtu, Aishorjyo Sen makes her television comeback after her beloved role as Drishti and debutant actor Mainak plays the role of Kingshuk in the show produced by Acropolis Entertainment.

Speaking on the new addition to the line-up of the channel, Rahul Chakravarti – Business Head, COLORS Bangla and COLORS Odia, said, “COLORS Bangla is committed to constantly create and offer content that’s entertaining and enjoyable for viewers of all ages, genre or milieu, and Shashurbari Zaindabad is yet another salvo that’s ready to fire. Boasting of a unique collaboration of stalwarts from television industry, the show has the perfect blend of romance, drama and comedy, while keeping viewers affixed to the riveting storyline that follows the young couple Mishtu and Kingshuk, and their families that are constantly at loggerheads. We’re confident the show will keep our viewers entertained and also find an audience in the younger newer generation.“

The show boasts of an eclectic ensemble including some of the finest actors from the industry.

Taking the baton of reaching audience in every corner of Bengal, the channel has deployed a 360-degree integrated marketing campaign incorporating different mediums and touchpoints.

Tune-in to catch a charming Rom-Com ‘Shashurbari Zindabad’ starting 10th June every Monday to Friday at 9.30 pm on COLORS Bangla!