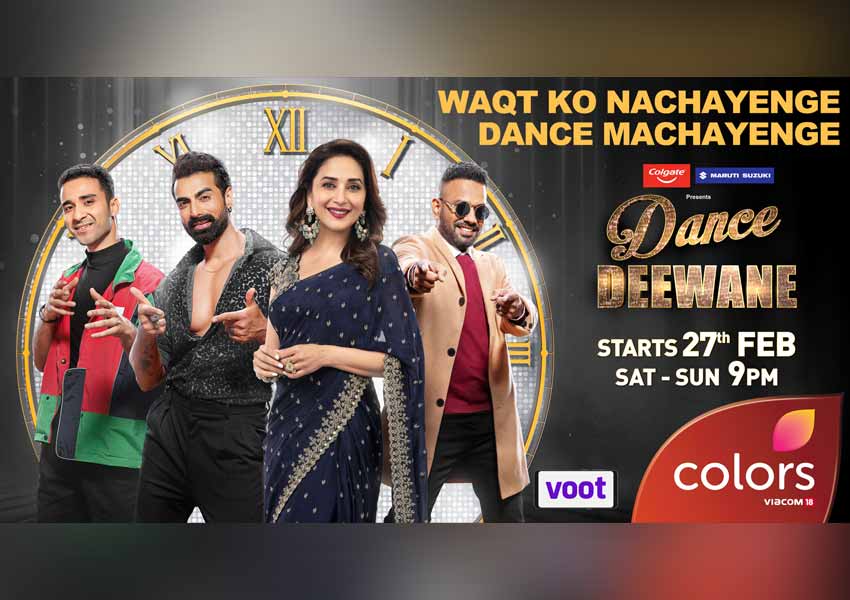 Presented by Colgate and Maruti Suzuki, COLORS’ marquee dance reality show Dance Deewane is back with its third season, celebrating dance with contestants from three generations on one stage.  As dance is a universal language of expression, hence we put behind all that we have endured and reign new hope as we move forward and is baar hum Waqt ko Nachayenge, Dance Machayenge. As the show returns for the third season with renewed energy, contestants from three generations, the fabulous Madhuri Dixit and ace choreographer Tushar Kalia, the judge’s panel will be joined by the dancer and choreographer par excellence Dharmesh Yelande for the first time. The spectacular season will be hosted by the very quirky and talented Raghav Juyal, alongside the esteemed panel of judges. Dance Deewane which is produced by Dreams Vault Media, will premiere on 27th February and air every Saturday and Sunday at 9 pm only on COLORS.

The deserving participants of Dance Deewane will once again give a lifetime opportunity to showcase their talent and stand out. The season will unleash many hidden gems from the nooks and crannies of the country, be it Gunjan and Sohail from Generation 1 who are known for their firecracker performances or Nagpur’s Piyush Gurbhele from Generation 2 who fearlessly performs energetic acts or the husband-wife duo Shilpa and Ajay from Generation 3 who will impress everyone with their finesse. In addition to these, two more findings, Uday Singh a find from Madhya Pradesh and Aman Kumar Raj from Ranchi will also present their performances on the dance floor. Madhuri was impressed by the unceasing energy of Aman in a video that resurfaced on the internet and she decided to invite him on the show. This all dancers panel of judges, as well as host, will mentor and guide the contestants.

Commenting on the concept, Nina Elavia Jaipuria, Head, Hindi Mass Entertainment & Kids TV Network at Viacom18, said, “COLORS has been revitalizing and strengthening its variety offerings to provide exceptional entertainment and after a successful season of Bigg Boss, we are once again thrilled to launch our homegrown dance reality show, Dance Deewane. At the onset of the new season, we are happy to continue this journey of innovating, bringing generations together and breaking stereotypes. This year, we are delighted to extend our partnership with Colgate as the presenting sponsor and also welcome Maruti Suzuki as the presenting sponsor.”

Mr. Shashank Srivastava, Executive Director, Marketing and Sales, Maruti Suzuki India Limited, “We are delighted to be a part of the launch of season 3 of Dance Deewane. The show resonates well with Maruti Suzuki’s proposition of dynamism, power and performance. We at Maruti Suzuki have been continuously evolving our marketing initiatives to target our core audience more effectively. The association of Maruti Suzuki with the property is an apt fit with our consumers who are individualistic, experimental and like to challenge themselves.”

Commenting on the unique format of the show, Manisha Sharma, Chief Content Officer, Hindi Mass Entertainment, Viacom18, COLORS said, “Dance Deewane and the contestants’ deewangi has been taking the nation by storm for the last two seasons and we are excited to be back. It is one its kind property that not only celebrates dance but also salutes the passion that the three different generations showcase. While we are elated to have Madhuri Dixit and Tushar Kalia back on the judge’s panel, we also have Dharmesh Yelande joining them and the very talented Raghav Jugal taking forward the mantle as the host. With a renewed energy and core thought- Waqt Ko Nachayenge, Dance Machayenge, we are looking forward to this new endeavour.”

Further, Arvind Rao, Producer at Dreams Vault Media said, “It gives us immense motivation to see a homegrown show like Dance Deewane garner such great success and win hearts with its unique proposition of age-no-bar. As we gear up for the new season, we are aiming to take it a notch higher by adding a twist to its existing format by including duets, trios and groups!” Pratish Khakhkhar, Producer at Dream Vault Media said, “ We are excited to be back and the talent showcase this season is incredible.  We believe that even the new season will continue to grow the Deewangi and entertain the viewers.”

Expressing the happiness of returning to the judge’s seat, Madhuri Dixit said that even after the past difficult year in everybody’s life, she is glad to witness energy that is being shared by the contestants and that is looking forward to the performances as well as guiding the talented contestants.

Tushar Kalia also expressed his excitement towards joining the judge’s panel once again and watching the three different generations perform on the stage.

Dharmesh Yelande commented on joining the judge’s panel this year by drawing out from his own journey of being a judge from a contestant and he further said that he is very happy to share the panel with his peers as well as Madhuri Dixit.

The host of the show Raghav Juyal added that he is glad to reunite with Dharmesh, Tushar and work with Madhuri and is eager to get on the stage.

A strong TV Plan has been planned by COLORS to maximize the reach of the proposition of the show, ‘Waqt Ko Nachayenge, Dance Machayenge’. The TV Plan comprises of a heavy burst of promos airing across the network and non-network channels in Hindi Music, Hindi News, Hindi Movies, Kids, and Regional genres. The top publications in key Hindi Speaking Markets will showcase the campaign- Punjab, Delhi, Gujarat, Mumbai, Maharashtra, UP and MP. Showcasing Madhuri Dixit Nene, Tushar Kalia, Dharmesh Yelande, and Raghav Juyal Mumbai and Delhi will witness an impactful out of home (OOH) plan. The digital audiences will be engaged by a memorable Colors Golden Petal Club Live virtual event and to further add to the reach of the campaign, a high reach digital plan will be deployed. On the launch day of the show, a Dance Deewane challenge will be executed on social media along with a Dancethon. Also, to enhance the user experience, an AR filter of Madhuri Dixit has been created. 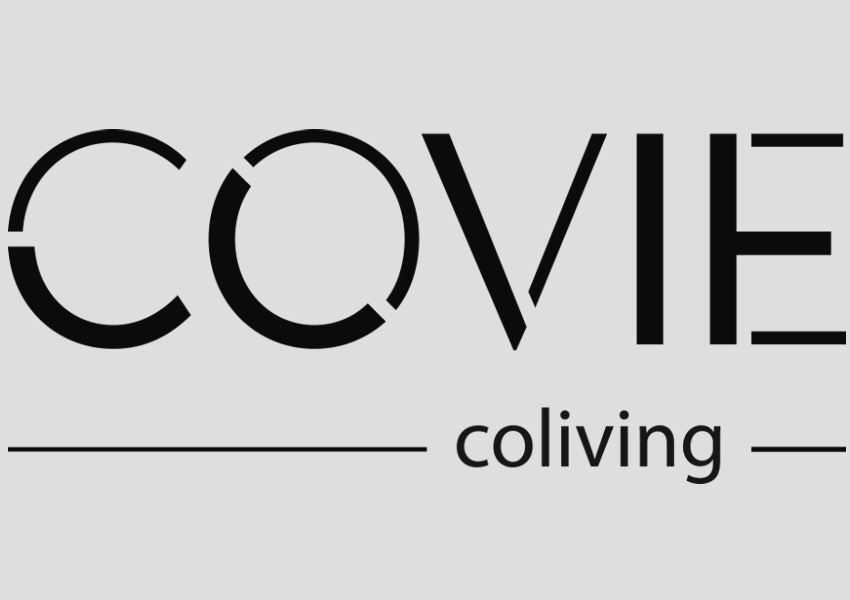