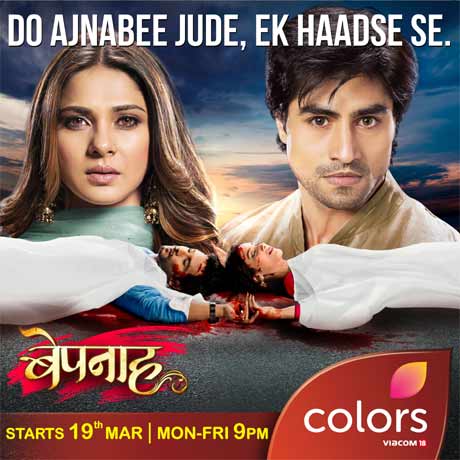 After the stupendous success of its love stories, Tu Aashiquii and Ishq Mein Marjawan, COLORS will now be adding a new shade of love with its unique offering – Bepannaah. A love story unlike any other, this romantic drama tells the impossible tale of two strangers brought together by a mysterious accident that shakes the very roots of their foundation. They say once bitten, twice shy – for Aditya and Zoya, love betrayed them the first time around, will they learn to fall in love again? With the perfect amalgamation of romance, drama and mystery – this riveting plot features some of the most loved faces of Indian Television with Jennifer Winget as Zoya, Harshad Chopda as Aditya, Sehban Azim as Yash (Zoya’s Husband) and Namita Dubey essaying the role of Pooja (Aditya’s Wife). Produced by Cinevistaas, Bepannaah will premiere on March 19, 2018 and will air every Monday to Friday at 9pm.

Talking about this development, Manisha Sharma – Programming Head, COLORS said, “Bepannaah is a story about love and betrayal that changes two peoples’ lives forever. The need to know what happened that night is what will keep our main protagonists and story moving very interestingly. We hope the chemistry between our lead characters and the twist that surrounds them will keep the viewers hooked on to the show.”

Sunil Mehta from ‎Cinevistaas Ltd. further added saying, “BEPANNAAH comes across as a Breath of Fresh Air, that differentiates it from the common denominator of storytelling that the audience has been catered and made used to on prime time! A Path Breaker, that will hopefully Set Trends!!!”

Speaking about being a part of the anticipated show, Jennifer Winget who plays Zoya said, “The first time I heard the narration for the show, I had tears in my eyes; a show like Bepannaah comes your way rarely and I am ecstatic to be a part of it. My character Zoya is a sweet, polite young lady who has always led a very sheltered life and has always been dependent on the men in her life. How her life turns upside down in a flash is baffling to say the least. I’m having a blast shooting with Harshad and Sehban. I’m sure viewers will love our chemistry.”

Harshad Chopda who essays the character of Aditya says, “I am returning to television after a hiatus and I was consciously waiting to pick the right story. Bepannaah’s core concept and my director Aniruddha Sir and DOP Deepak Sir were the major influencers in this case; Jennifer and I hit off as soon as we met. I’m sure it will be exciting for the audience to see us together onscreen.”

Sehban Azim who plays Zoya’s husband- Yash on the show said, “Bepannaah is a show that has been in the making for a while now. The detailing for every character, be it the look, the dialogues, the treatment – all of it has been given close attention to and its brilliance shows in every scene we do. I cannot thank the channel and the creators of the show enough, for making me a part of this stunning piece of fiction”.

Namita Dubey, who plays Aditya’s wife Pooja in the show said, “We are working with the best team on television today – both in front of the camera and behind it. The audience’s response to the promo has been great and I hope and pray that it gets better and bigger as the show progresses.”

Be a part of Aditya and Zoya’s journey starting March 19, 2018 – every Monday to Friday at 9pm
only on COLORS. 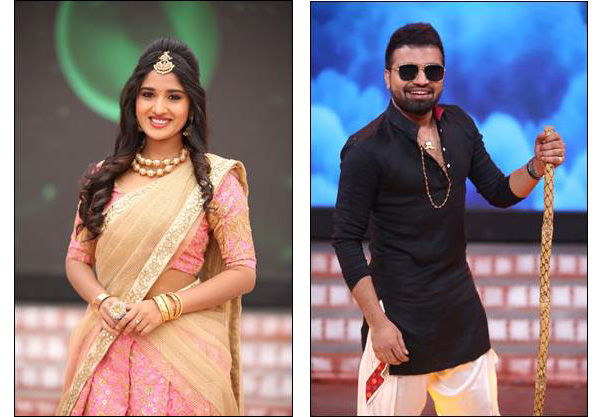