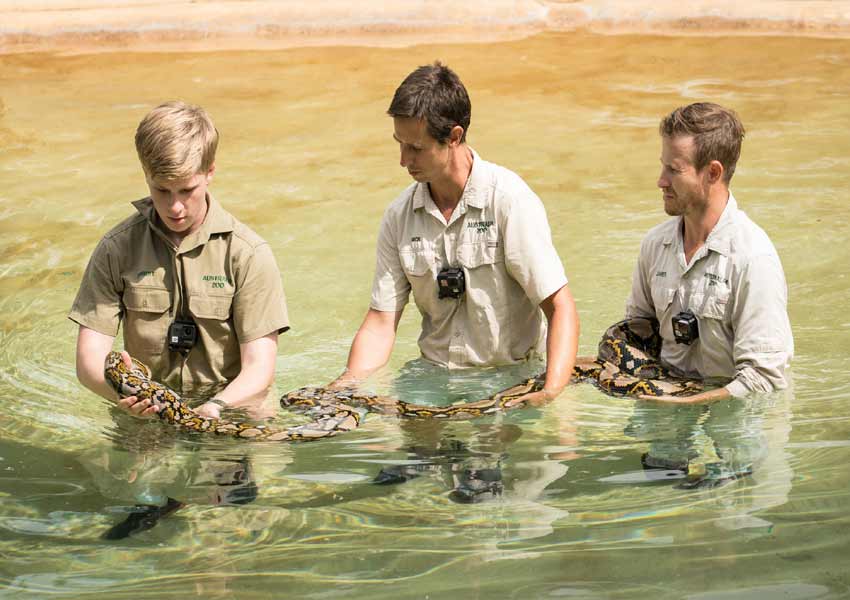 In CRIKEY! IT’S THE IRWINS, Terri, Bindi and Robert continue Steve Irwin’s mission to bring people closer to animals and inspire them to become Wildlife Warriors who work together to protect and preserve our environment and its wildlife. Never before has it been so important to spread their message of conservation to ensure an abundance of wildlife for generations to come. The new series premieres on Thursday, October 10 at 9 PM IST on Animal Planet and Animal Planet HD.

“The message of conservation has to go far and loud; the Irwins’ family is continuing Steve’s legacy by encouraging everyone to take a stand to help protect wildlife and wild places,” said, Sai Abishek. Director – Content, Factual & Lifestyle Entertainment, Discovery. “We are delighted to be sharing their new and inspiring stories with viewers in India.”

In the season premiere, the family builds a spectacular new home for their crocodiles in preparation for Australia Zoo’s 50th Anniversary.  Robert helps move all their crocodiles and alligators by hand, starting with Bosco, the most aggressive croc in the Zoo; Bindi investigates a knee problem on Forest, the Zoo’s largest giraffe; and Terri helps Harley the koala find love to help keep the koala population thriving.  Later in the season, Robert continues to take on daring missions such as swimming with Gloria, a 12-foot reticulated python in the Zoo’s Crocoseum and learning to handle his first ever wild rattlesnake in Arizona. Terri returns to her home state of Oregon to do a special check-up on Brady the cougar, a species she is extremely passionate about, and Bindi and fiancée, Chandler Powell, release animals that have been nursed back to health at the Australia Zoo Wildlife Hospital.