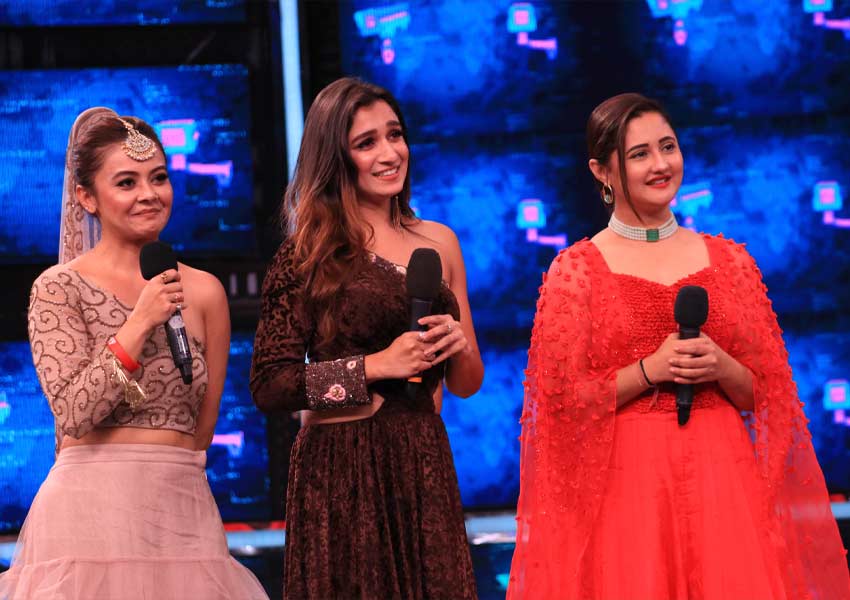 Goodbyes are hard to say, especially when it is least expected.  This season of Bigg Boss which promised to be an express one with truckloads of twists saw its mid-week finale this weekend while welcoming a few new faces and bidding goodbye to a few old ones.  While the contestants were well aware of the mid-season finale and the eviction of three contestants. It came as a shock for everyone when the eviction of Rashami Desai, Devoleena Bhattacharjee, and Shefali Bagga happened. Host Salman Khan highlighted that it’s because of their careless attitude that they have to let go of a few top contenders. Especially Rashami who was one of the top 6 contestants according to the vote ranking while Mahira was done not even feature in the top 6.

Since the beginning of the show Rashami and Devoleena were one of the strongest contestants in the house. They found great friends in each other and became each other’s support.  Devoleena, who became the first queen of the house gave her 100% to the task and was strong competition to the other housemates. Fondly known as the ‘Bahu Bani Babe’, viewers got to witness her transformation in just four weeks. On the other hand, Rashami Desai emerged as an integral part of the house with her cooking duty. Apart from forming good connections with Devoleena, Paras, Mahira, Siddhartha Dey, and Shefali, Rashami was often found locking horns with Sidharth Shukla leading to multiple fights and arguments. So much so that it divided the house into two groups.

The third contestant, Shefali Bagga was the strong opinionated girl of the house who always took a stand for herself irrespective of the situation. She was vocal about her own game and would prioritize herself over others. She shared a very close bond with Siddhartha Dey in the house and drew a lot of criticism for targeting Shehnaaz during the nominations task.  Though the housemates called her selfish at times and did not like her attitude, she chose to rise above everything and stick to her game.

Tags:
Previous Article
This Party Season, Spruce up Your Little Doll’s Look In these 5 Ways
Next Article
The New Romantic premieres on &PrivéHD