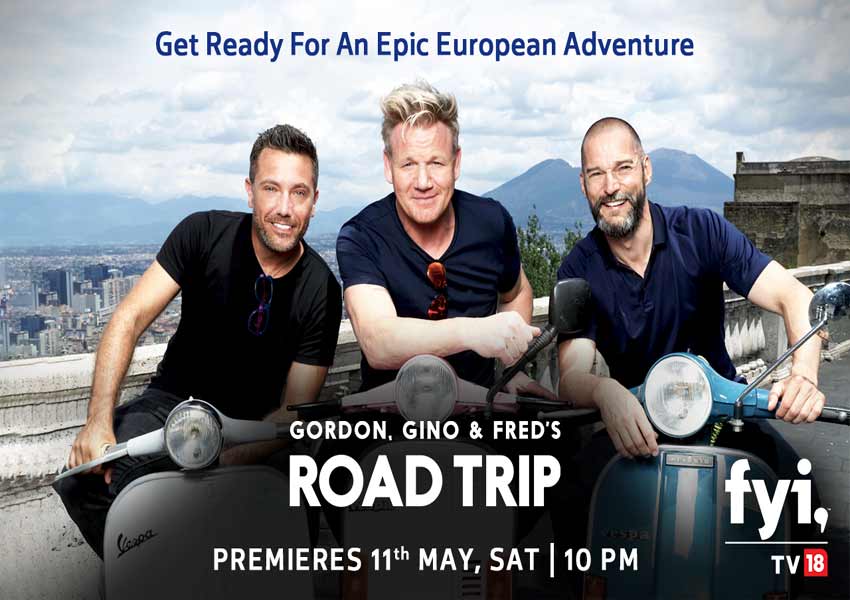 The trio of restaurateurs pack up their camper van and head off on a European adventure, driving around southern Italy, before moving on to France and Scotland. Viewers will see them on a supposed ‘mission’, which is to ‘collect ingredients for a friend’s celebratory meal’, but one suspects it’s all just a ploy for the three to lark around.

With three big egos and one small van – you can expect lots of laughter and sharp banter. Each of them has a special occasion to prepare for as, over three weeks, they travel across Europe to cook for the other two. The group will compete to find the best ingredients from some of the most stunning locations, in order to prep the meals.

Kicking off in Italy as Ramsay and Sirieix join forces to help D’Acampo put on a sumptuous feast for a unique wedding blessing on the beach, followed by France where they help deliver the first oyster festival. The Scottish leg of the journey will see them taking part in some highland fun and games.

This is a food tour like never before, so this May get set to relish the chefs’ journey with ’Gordon, Gino & Fred’s Road Trip’!