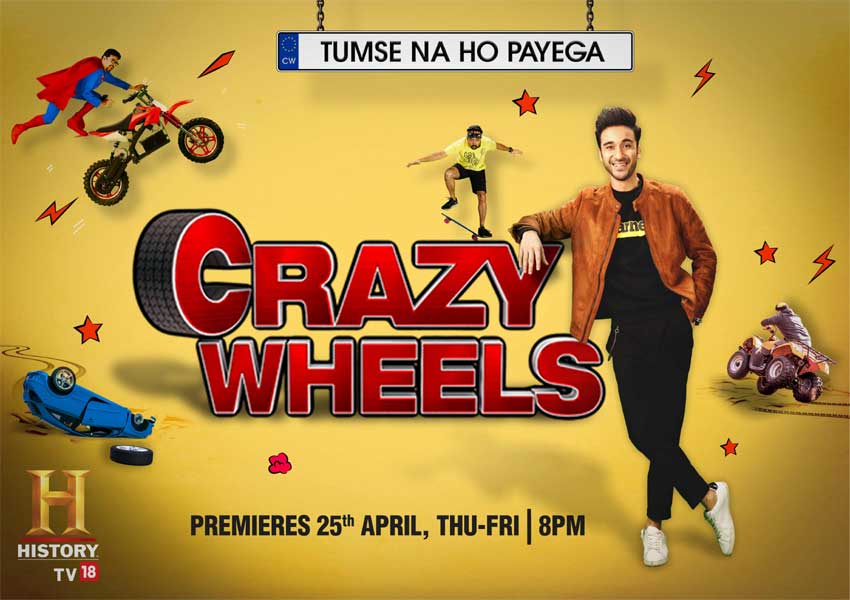 Crazy Wheels returns with its second season, promising crazy-funny experiences on wheels for its audiences. Celebrity actor and dance, Raghav Juyal, returns as the show’s host, bringing his own known brand of wacky commentary, taking the show to the next level.

For those who came in late, Crazy Wheels has gathered the biggest, best, fastest, stupendously good, stupid comic accidents ever filmed and has put them together in a pacey series that has the ability to both stun you into silence and make you laugh out loud.

Popular host, Raghav Juyal, through his witty style commentary, relives the moments and brings his own brand of witty style to the show. Using his comic timing, he describes what could’ve possibly gone wrong while filming the videos that resulted in the maniacal instances being caught on camera.

In its first season, the show saw a stellar performance reaching over 14 million people and rating as one of the channels best performing shows. What’s more, a user generated Instagram contest reached over 2 million users and engaging with thousands of followers. The new season is slated to reach many more on-air and on digital.

Join Raghav on this funny journey and experience the most astonishing, exciting and hilarious things that happen on wheels.

Watch the craziest fails, like never before only on ‘Crazy Wheels’ on HISTORY TV18 from 25th April every Thursday – Friday 8 pm.

De De Pyaar De Actress Rakul Preet Is A Shopaholic, And We Have The Proof!
MediaInfoline Apr 24