IBN7 is all set to bring a new show for its viewers ‘Suspense’ starting 21st November, 2015 – the upcoming series will use a scientific prism to look at stories of the supernatural that belie any logical explanation.

The pilot episode of the series will feature the reincarnation story of a boy from Agra who claims that he can identify his family from his previous birth; he also states that he was murdered in his previous life and that he can identify the people who murdered him. The series will further telecast episodes on the Bhangarh Fort, Bhopal’s Haunted Haveli and Bihar’s Ara Hotel Suspense etc. – all places that have long been infamous for being haunted.

Commenting on the show, Sumit Awasthi, Deputy Managing Editor – IBN7, said “There are many myths and stories about supernatural occurrences that abound in the country – these stories normally generate a lot of interest and indeed even fear in people. It is important thus to apply the principles of logic and science to get to the bottom of these fear inducing mysteries – which is precisely what we would attempt to do with our show” 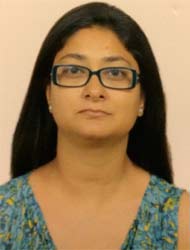