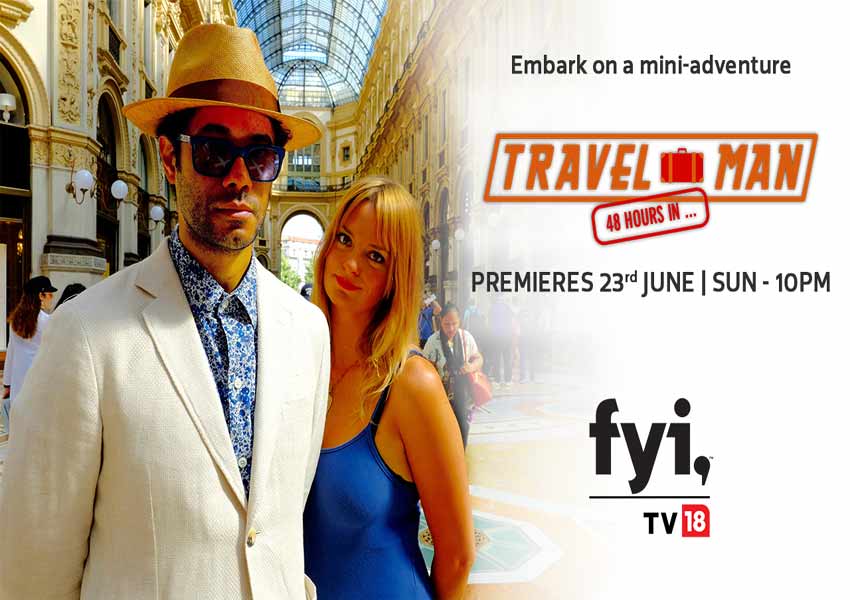 This holiday season explore cities in a never before way with popular British Actor Comedian Richard Ayoade in ‘Travel Man: 48 Hours In’ premiering on 23rd May, 10 PM on FYI TV18. Watch Richard with celebrity guests spending 48 hours in Zurich, Milan, Ibiza and Ljubljana.

With quite an unusual take on the way we travel or explore any city, Richard Ayoade takes a ruthless approach to getting the maximum from a city break. He is a man who wears many hats. He’s an acclaimed Director, author and BAFTA winner, and sure deserves a holiday break. But there’s a problem: he hates going on vacation. For Richard, travel is boring and stressful and takes far too long. And, thus, he finds a way to make it more fun, more efficient, and less tedious.

“Travel Man: 48 Hours In” is exactly what he likes doing. Richard Ayoade has selflessly forsaken home and hearth to offer would be holiday makers a template for time maximisation in some of the world’s most popular mini-break destinations. With a celebrity on board, and he the anchor, Richard through this interesting series show us where we’re going wrong by having the most culturally efficient vacation possible, with all the boring bits taken out.

In each episode, Richard and a celebrity travel pal jet off to an exciting location for a 48-hour city break. In this new series joining Richard are Eddie Izzard for a trip to Ljubljana; Frank Skinner in Zurich; Jessica Knapett in Ibiza and Morgana. In each location, he challenges himself to see and do as much as possible, stretch his dollar, and subject so-called tourist attractions to his ruthless scrutiny.

Don’t miss this fun travel series before you plan your next trip as there’s much to learn from!