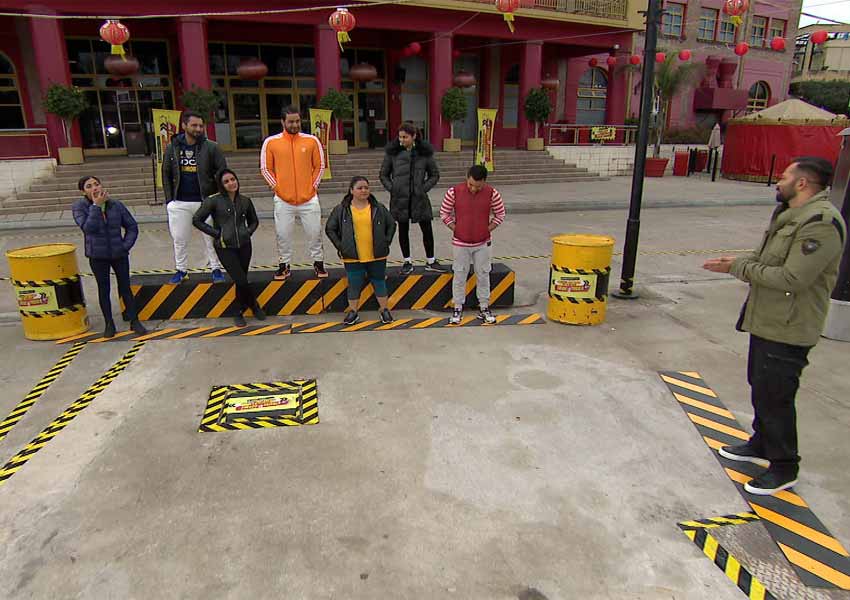 Khatron Ke Khiladi is drawing close to its finale and the level of stunts has gone several notch higher. In the upcoming episode, Rohit Shetty announced the theme of the week as ‘Ticket to Finale’ where contestants – Bharti Singh, Aly Goni, Aditya Narayan, Punit Pathak, Jasmin Bhasin, Shamita Shetty and Ridhima Pandit, will get a chance to mark their spot in the finale.

While the contestants make their way to perform the stunts, it was far from being a cake walk as they had to perform the toughest stunts of the season to win the race to finale. Stunts like ‘Submerged Car’, ‘Dog Attack’, ‘Car-to-Car Jump’ etc. made their way back to this season as well. In ‘Submerged Car’, the contestants had to unlock themselves from a car immersed in water. In ‘Dog Attack’ challenge contestants had to pick up a bone from point A and drop it to point B while they were being attacked by ferocious dogs. In ‘Car-to-Car Jump’, stunt contenders had to jump from one car to another in order to collect alphabets in a moving car added to the fear of the contestants.

As the contestants continue to perform and find a place in finale, host Rohit Shetty decided to lighten up the atmosphere by playing a game with the contestants. He asked each one of them that who is not eligible to qualifying for the finale. To complete the game, they had to answer by throwing a pie on the least deserving contestant according to them. In another incident, Bharti and Ridhima joined hand to put Punit on a weak wicket, to force him out of his form by putting laxative in his food.

Who will give a tough fight and overcome their fears to win the ticket to finale?

Watch Khatron Ke Khiladi 9 every Saturday and Sunday at 9pm, on COLORS!