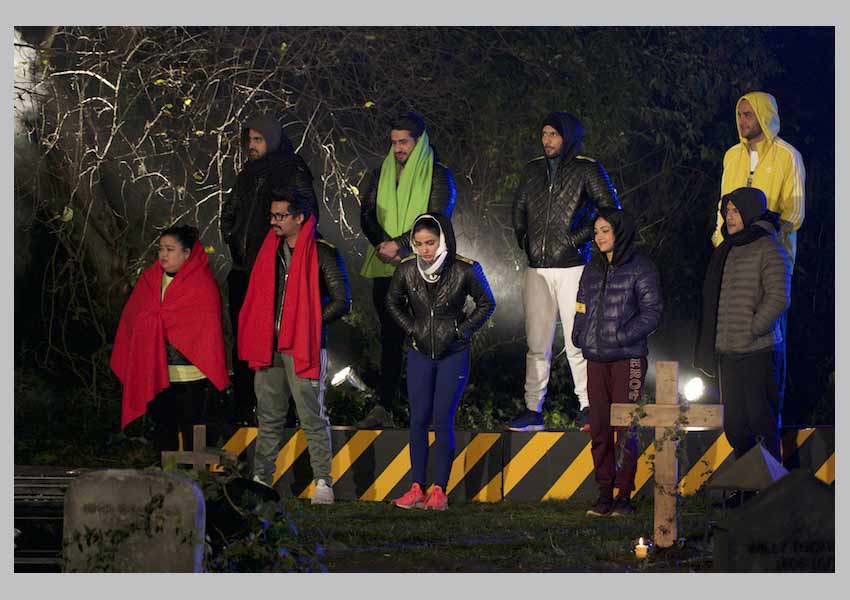 COLORS launched  another exhilarating season of Khatron Ke Khiladi season 9. While the show captivated the viewers with the death-defying stunts, the premier episode of the new season witnessed a grand opening and topped the charts.  Not only that, viewers have been loving Rohit Shetty, whose inimitable sense of humour and direction has been a motivational factor for contestants to perform each task with ease.

In the upcoming episodes, a lot of acts will leave the viewers with goosebumps, the contestants will witness a rise in adrenaline as they face the fear of the unknown. The show’s upcoming week’s theme is ‘Horror’. Face it, witness it, perform through it is the motto.

A stunt, which has been performed by former contestants in the previous seasons made its comeback this year too. The stunt involved a coffin in which contestants are locked in with rats and creepy crawlies and amongst all the chaos, they have to find the keys and try to release themselves from the coffin.  In another stunt, the contestants have to stand inside a phone booth, a blast of tear gas will be released to make them uncomfortable. The contestant who manages to hold themselves for the longest time will win. Avika Gor and Aly Goni will be competing with each other for this task.

While there are death defying stunts, Rohit Shetty further increases the thrill when he challenges Jasmin Bhasin, Aly Goni and Zain Imam to spend a night to a haunted bungalow to become more confident.  Although reluctant, Jasmin Bhasin, Aly Goni and Zain Imam and decide to accept the challenge. What followed is the mayhem of horrific incidents where a spooky looking girl followed them throughout the house.

Will they be able to escape these horror and the mysterious girl who is behind them? Who will be able to overcome their fear and escape the fear fanda?

To find out more, don’t miss watching Khatron Ke Khiladi 9 every Saturday and Sunday at 9pm on COLORS!