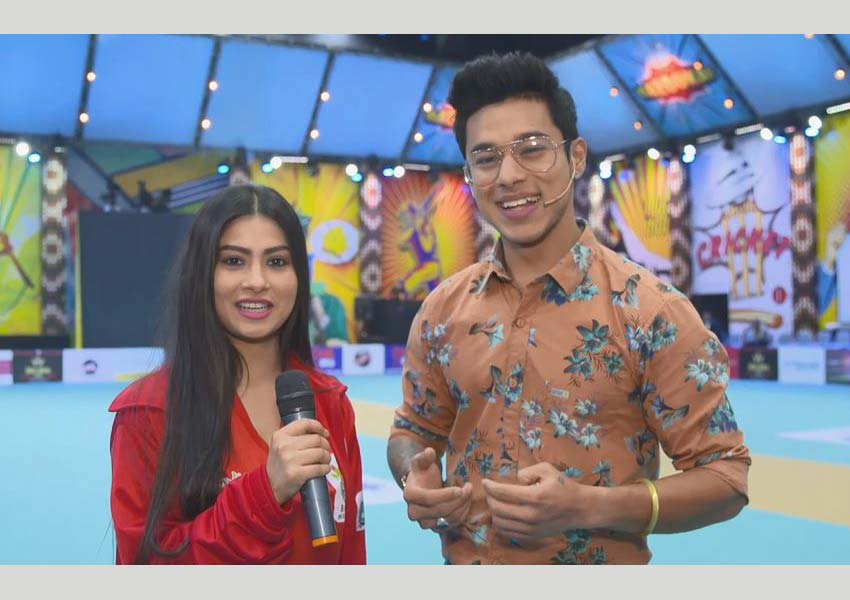 Bengali is said to be an extremely sweet language for it always brings a smile to anyone’s face. Having been in the news for controversies, heated arguments, and tussles, there was some much-needed love on a recent episode of the Box Cricket League (BCL). With contestants on the show just needed a reason to get into a tiff, the show witnessed Bengali beauty Krishna Mukherjee enjoy a cute and flirty moment in Bengali with Pratik Sehajpal.

From the fights and scuffs, Krishna was seen teaching Splitsvilla sensation Pratik her mother tongue, Bengali. Having stolen plenty of hearts with his looks and debonair charm, Pratik decided to pull Krishna’s leg by asking her to propose him in her mother tongue. The Bong belle, representing the KOLKATA BAABU MOSHAYES, taught him how to say it. With the ball then being in Pratik’s court, he asked Krishna to give him a peck on his cheek whilst his eyes were closed. What happens next left everyone in splits as Krishna got a crew member to give him a peck. With Pratik normally getting his way when it comes to flirting, it was nice to see Krishna finally getting the better of him. Guess flirting with this lovely lady isn’t for everyone.

One thing’s for sure, this incident was certainly required going by the constant bickering between the contestants in earlier episodes. Having seen matches getting heated up with fights and controversies, such instances are surely a breath of fresh air.

Catch all the fun and action on ALTBalaji app from every Monday- Friday at 8 PM.