Meet Sarah Manning and her Clones, Weeknights on AXN 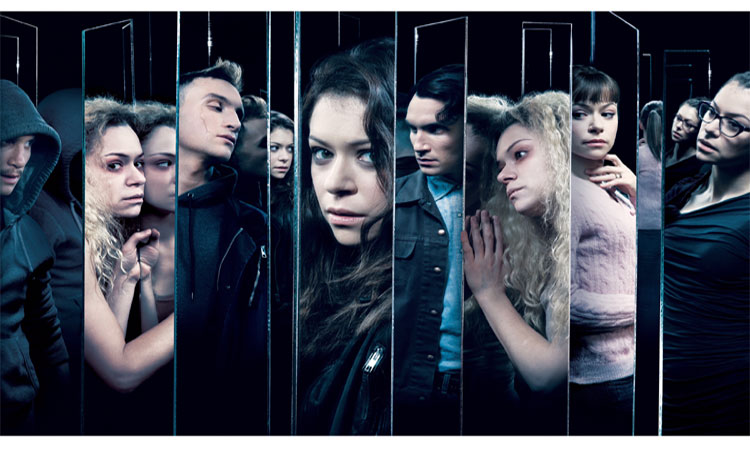 It’s time to put on our thinking caps and get mind rushed as one of the most entertaining and popular sci-fi drama Orphan Black is back, right from the beginning. Orphan Black, a highly innovative and imaginative sci-fi TV show returns on AXN starting Season 1 every weeknights at 11 PM.

The series focuses on Sarah Manning, a street smart orphan and a con artist who gets pulled in a compelling conspiracy after witnessing the suicide of a girl who looks just like her. Sarah assumes that girl’s identity, expecting to solve all her problems by cleaning out the dead woman’s savings. Sarah is instead driven into a kaleidoscopic mystery as she realizes – she and the dead woman are clones. Critic’s Choice Television Award winner and Emmy and Golden Globe nominated actress Tatiana Maslany essays the role of the protagonist.

Tatiana Maslany became a household name not just for her character of Sarah Manning but also for having done the impossible – playing all the different clones that feature across various seasons which is no mean feat to achieve.

Sarah also discovers that she has many ‘sister’ clones spread throughout North America and Europe, and that someone is plotting to kill them and her. The show thus also traces through the lives of the multiple clones – Alison, Helena, Cosima, Racheal and many others. All of whom were planted in unsuspecting birth parents and nurtured in completely different circumstances. Two institutions – the Dyad Group (a biotech corporation) and the Proletheans (a secret religious group) takes the story forward as they threat the existence of the clone club.

Every twist and turn leads to a new enemy, a new ally, a new clone and always a new question.Audience’s astounding response to the show’s unique  plot and the tremendous performance by Tatiana Maslany have made the show a huge success and Indian audiences are all set to witness back to back seasons of Orphan Black, weeknights at 11 pm exclusively on AXN.

Watch Orphan Black starting 11th July, every Monday to Friday at 11P.M. only on AXN.

Excitement accelerated with Top Gear Season 23 only on AXN