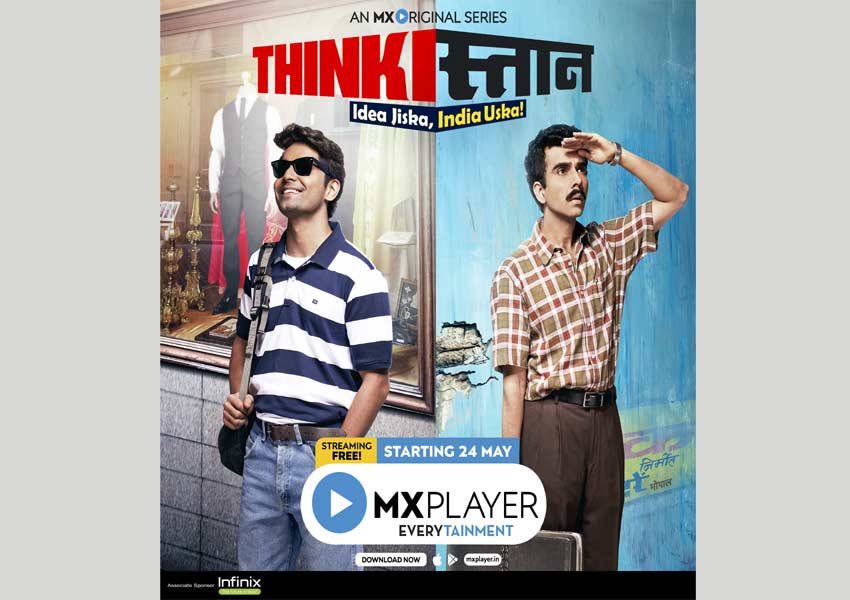 Superman antics, talking children and pigs that can fly – in the world of advertising, everything is possible, it’s a place where the most creative ideas come alive. The only means of survival in this crazy space is if you think it, you own it! So, how does it matter whether it’s in Hindi ya in English? All that does matter is the idea that you bring to the table. MX Player brings viewers a world that is known to all, yet seemingly unknown to most with MX Original Series “Thinkistan – Idea Jiska, India Uska”. This coming of age drama will stream for free starting 24 May, 2019.

Season 1 of this 11 episodic series follows the graphs of two contrasting characters slugging it out in this seductive, mad world of advertising. Amit (essayed by Naveen Kasturia) is a Hindi speaking junior copy writer who comes from Bhopal while English trainee copywriter Hema (Played by Shravan Reddy) is a suave, well-read metropolitan. Amit and Hema represent a divide caused by language and social class that is seen in India, till date. But when will we realize that ideas have no language and the biggest ideas are the ones that unite us instead of dividing us?

Set in the 1990s, the series features powerhouse performers like Mandira Bedi, Satyadeep Misra and Vasuki in pivotal roles and is a true depiction of the fast-paced lives of the ad world that showcases harsh realities of everything you thought you knew about the domain. Thinkistan is directed by veteran ad film maker N Padmakumar (Paddy) where he brings his real-life experiences to reel life.