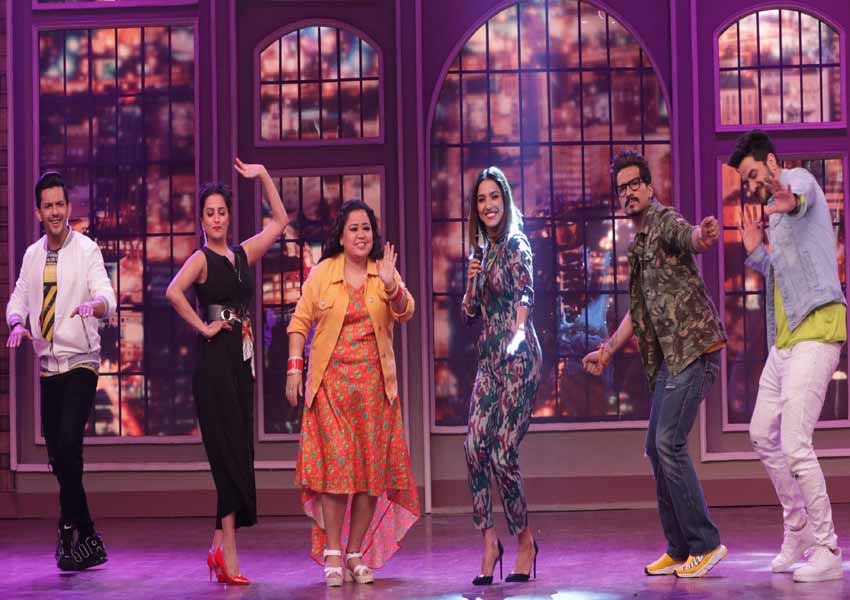 COLORS’ Khatra Khatra Khatra features television’s most popular faces – Bharti Singh, Harsh Limbachiyaa, Aditya Narayan, Anita Hassanandani, Vikas Gupta and Aly Goni, who are in a constant battle to outwit each other through a series of pranks. The show serves as an entertainment feast to the audience as the contestants walk on a path which is filled with unpredictable incidents.

In the upcoming Holi special episode, Bollywood’s talented singer Neeti Mohan will be seen performing on popular holi tracks like ‘Rang Barse’, ‘Balam pichkari’, etc. Even after being aware of the format of the show, Neeti didn’t shy away from being a part of it and was sporty enough to participate in a musical face-off with Aditya Narayan. While they had to sing songs decided by other contestants, there was another twist to the game as the words of the songs were twisted. The one who loses had to face the brunt of a punishment. As a part of the punishment there was a spray that was attached to the mike and whenever Neeti and Aditya sang the wrong lines water was sprayed on their face.

Talking about the face-off, Aditya Narayan said, “I am a huge fan of Neeti’s singing. We all know how talented and graceful she is when it comes to singing. Recently we had a face-off in which the songs word were twisted and it was really difficult to sing. To make it more tougher, there was a water spray attached to the mike which sprayed water on our face while singing. But hats off to Neeti, the way she sung even after so many hindrances was something to look forward.”