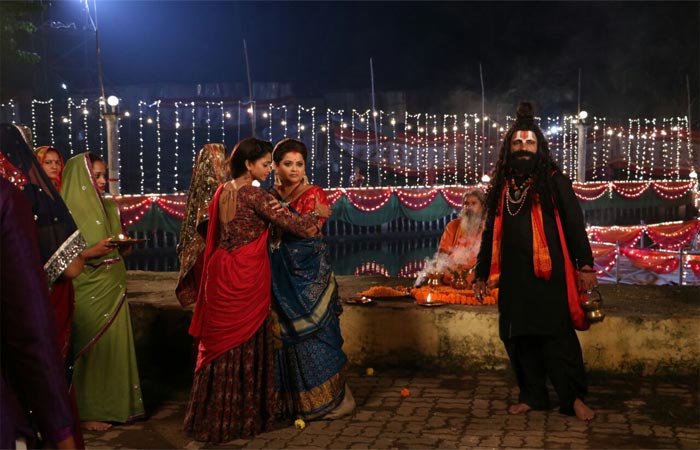 The upcoming scene on Star Bharat’s show Jiji Maa has always been experimenting, where the actors go out of their way to make the scene look believable. Recently Pallavi Pradhan who essays the role of Uttaradevi played with fire for a particular scene on the show.

The scene was such where her saree catches fire and she had to let it burn until someone came to save her. Since she was shooting with actual fire cautiously, she had to change her saree every time she gave a retake for the scene.

The production were well prepared with 4 similar looking sarees and quickly got her changed in her look. Adequate safety measures were taken by the production house. A doctor was present on the sets in case of any injury or burns. The effort of the actor and the crew ensured that the shoot was completed successfully.

Pallavi Pradhan who already has some fatal knee issues carried out such a risky stunt in itself is an art and in favour of that she says “Since the scene was such where I didn’t have to look panicky or scared as I was unaware of my saree catching fire and needed to look composed and in control to make the scene look believable. It was risky but totally a new experience.”