Radha Ramana explore the scenic beauty of Brisbane in Australia 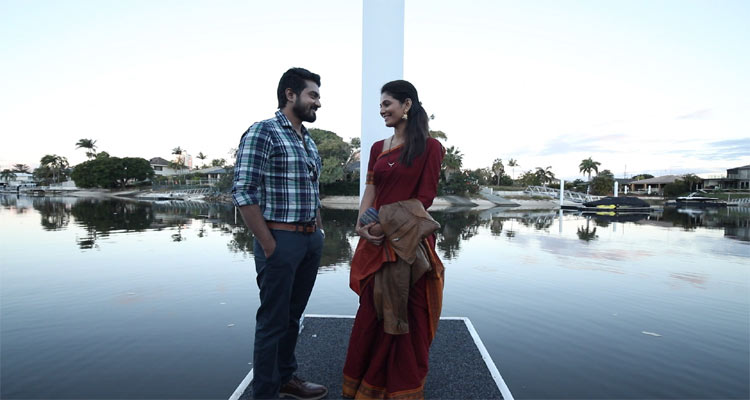 In tonight’s episode of Radha Ramana on COLORS Kannada, viewers are in for a pleasant surprise, as the show takes them on a picturesque journey through the beautiful city of Brisbane. Over the course of the next few episodes, Kannada television’s favorite couple Radha and Ramana take their romantic chemistry international as they shoot in the heavenly locations of Australia.

Taking forward the storyline, as Ramana completes his MBA in Australia and aspires to realize his father’s dream of expanding the family business and taking it international; and Radha accompanies him as his soulmate with a bucket-list of activities she hopes to fulfil in Australia.

Starting Monday, July 17 at 9pm, viewers will see the adorable couple traversing through the streets of Queensland, Brisbane Story Bridge, the tram in Gold Coast, Tangalooma Island Resort famous for its dolphins, Kangaroo Point cliffs and many such iconic location. Theyalso relished the unique experiences of sand boarding, quad biking, sky-diving, to complete their Australian adventures in Queensland.

Parameshwar Gundkal – Business Head of COLORS Kannada and Colors Super said, “We would like to thank Tourism Australia and Tourism and Events Queensland who made it possible for us to shoot in some of the exotic locations in Brisbane city and parts of Gold Coast. This shoot has added richness to the show and will further help in its popularity, as viewers can now watch exotic locations along with their favorite show and characters. Queensland has added a charm to Radha Ramana’s story.”

Will Raman succeed in his endeavor? Will Radha and Raman’s growing romance blossom in the stunning locales of Australia?

To find out, watch Radha Ramana, Monday – Friday at 9pm only on COLORS Kannada.