Rockets, Satellites Is All That the Leading Ladies Of M-O-M Can Now Think About 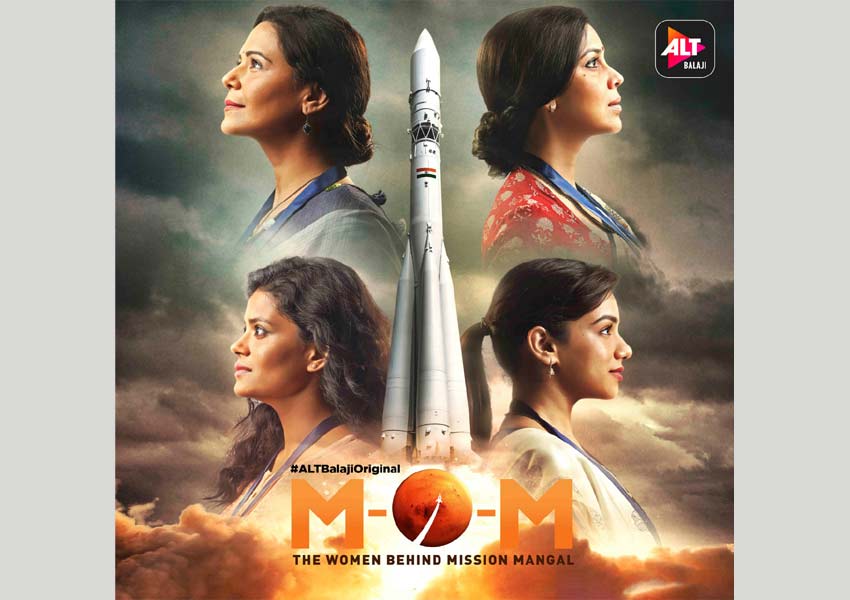 When you are deeply engrossed in something, you tend to forget everything else around. Such was the impact of ALTBalaji and ZEE5’s upcoming web-series Mission Over Mars (M-O-M) on the star cast. The leading ladies Sakshi Tanwar, Mona Singh, Nidhi Singh and Palomi literally got into the skin of their characters to such an extent that their world started to revolve around Mars, satellites, rockets and the mission. A glimpse of it can be clearly seen in the recently launched trailer of the show where Sakshi Tanwar, as Nandita Hariprasad the Mission Coordinator of M.O.M, is compelling viewers to believe in the character while delivering her lines effortlessly. The impact and intensity of the show was so great on them, that when the cast was given pen and notepads, they ended up doodling pictures of satellites.

One such incident was revealed by Mona Singh She says “When people have to draw or scribble something in a notepad, they’d normally scribble their name or draw a scenery including mountains,huts and rivers. But the show had such an impact on us that we were only thinking about satellites, rockets. I remember there being a boardroom scene where we were given a notepad and pen. We were so into the skin of our characters that all we drew were pictures of satellites, ORM, rocket. That’s the kind of impact  the show has had on us. We’re living, breathing and thinking about it all the time.”

On the same Sakshi shared “Shooting for such a historic project like Mission Over Mars, had us all deeply in awe of the history of India’s space legacy. While shooting for the series and getting a deeper understanding of the scientific terms I got more involved and even started avidly following subsequent launches, including the recent Chandrayaan 2. Our satellites and their launch vehicles are very interesting, and we even ended up thinking about them so much that our doodles in notebooks during boardroom scenes featured rockets and satellites.”

Mission Over Mars (M-O-M) is a fictional adaptation of real-life heroes at ISRO who worked on Mangalyaan and played pivotal roles in making the mission success against all odds. The web-series charts out the journey of M-O-M from inception to execution and will be a moving story of the faith and determination of four lady-scientists who aid ISA (Indian Space Agency) to overcome insurmountable technical and financial challenges as well as time pressures to launch the successful Mission Over Mars.