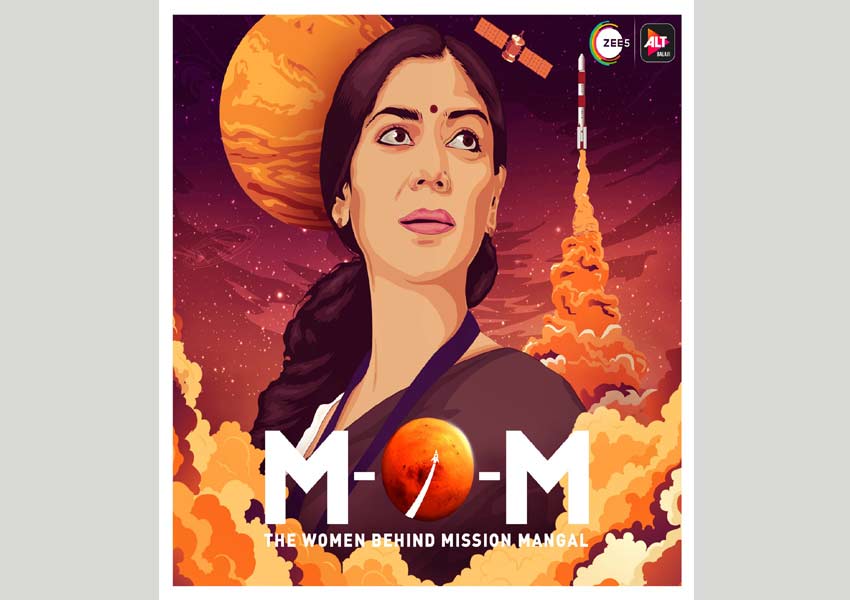 With the country just a few days away from celebrating its 73rd Independence Day, ALTBalaji is ensuring patriotism is running high amongst its viewers as they have launched the new posters of its upcoming web series Mission Over Mars (M-O-M). Starring two eminent stalwarts of the Indian TV industry, Sakshi Tanwar and Mona Singh, the show is based on a quartet of brilliant women scientists from the Indian Space Agency who charts the journey of a rocket to Mars right from inception to execution.

Sakshi Tanwar, portraying the role of an independent woman scientist Nandita, is a strict disciplined Mission Coordinator of M-O-M. The poster featuring Sakshi depicts her to be a hard taskmaster who decides to launch a mission and leaves no stone unturned to make it successful. The other poster features the very versatile Mona Singh who will be seen portraying the character of Moushumi, a scientist at the space agency. A fighter and a competitor to the core, she is theone who wants to be the best in everything.

M-O-M is an inspiring story of four women scientists who help ISA overcome insurmountable technical deficiencies to mount the successful Mars Orbiter Mission. Showcasing the multidimensional lives they lead as wives, daughters, mothers, and space scientists, the series focuses on how the four ladies decimate all obstacles, both social and scientific, making India proud.

ALTBalaji associates with The Art of Living Foundation
MediaInfoline Apr 29

ALTBalaji associates with The Art of Living Foundation