The second episode of Dice Media’s What the Folks! season 2 is all set to entertain 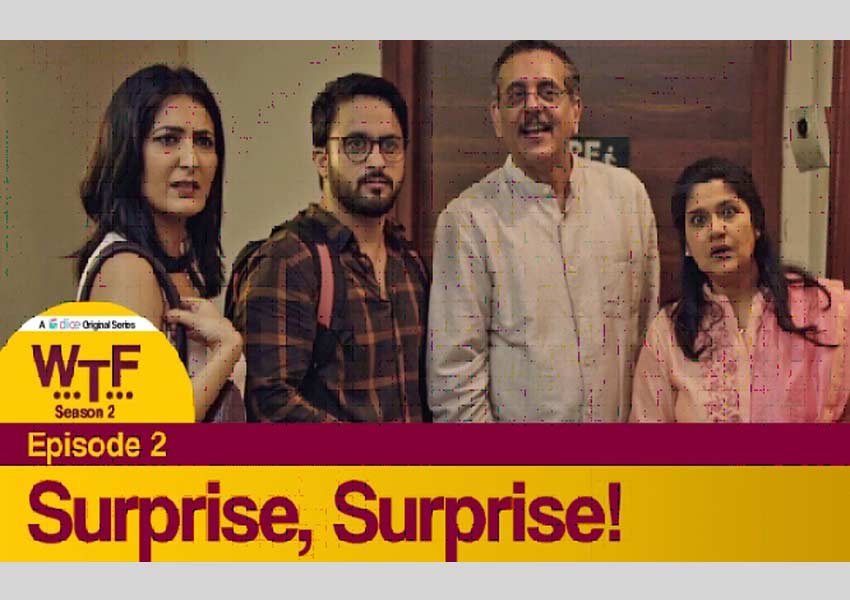 Pocket Aces’ premium long form content channel Dice Media released its second episode titled, “Surprise, Surprise!” of What the Folks! season 2. The first season of What The Folks! was 2017’s most loved web series starting Veer Rajwant Singh and Eisha Chopra. The second season is the 6-episode sequel which airs every Wednesday on Dice Media’s YouTube and Facebook channels.

What The Folks! is a modern take on familial relationships and the second season deals with realistic yet relatable themes of how families learn to love each other despite their differences. What The Folks Season 2 showcases a bittersweet yet warm journey of a family dealing with the challenges thrown at them.

The first episode saw Anita (Eisha Chopra), Nikhil’s (Veer Rajwant Singh) wife adjust to his parents’ lifestyle and values, while Nikhil walked the tightrope between his wife and his unique parents.

The second episode will see the entire family bonding in spite of the rocky start but the viewers as well as the Solankis are in for a bittersweet surprise by the end of the episode.

This surprise is what will form the premise of the entire second season, so don’t miss it!