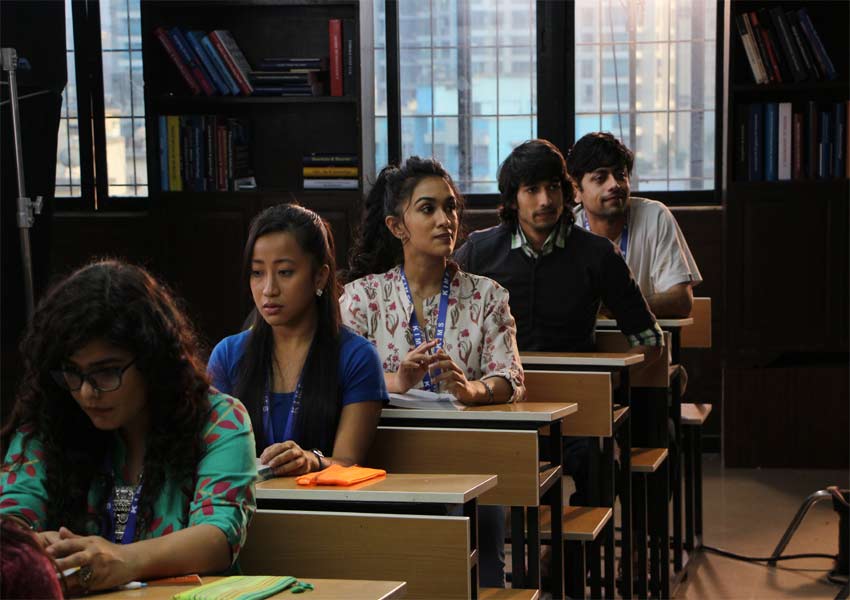 Shantanu Maheshwari, who grabbed an inspiring cult of his own is back in the arc lights after a long time in the fiction genre. The young heartthrob has finally made his comeback through ALTBalaji’s upcoming web-series Medically Yourrs. The actor is seen in a complete different avatar of a medical student who remains under the massive circle of proving himself worthy in the eyes of his father. However, Shantanu expresses his insights on how this series gave him a whole new vision into the world of a medical student. The actor also reveals the reviving of his college life through a whole new atmosphere in ALTBalaji’s only medical web series ‘Medically Yourrs’.

On being poles apart from his character Abir, the actor states that his role was quite challenging for him since he was a commerce student. Further, he reveals, “I have never been exposed to the life of a medical student since I was from a commerce background. Even though I have heard of the seriousness and dilemma students go through in such colleges, but I never thought what it felt like to be one, until now. Medically Yourrs gave me this opportunity to experience a completely different world which lays ahead of the gates of a medical college. It is indeed not easy to be a part of this world where you have to strive every day to prove your worth.”

Additionally, Shantanu added, “I have heard a lot of interesting stories about how it is to live in a hostel but never got a chance to experience it myself. Medically Yourrs has not only given me a chance to relive my college days but it gave me the experiences which I missed out as a student.”

The medical college drama, Medically Yourrs revolves around Abir Basu, played by Shantanu Maheshwari. Born in the family of doctors, he lives under the immense pressure of proving himself worthy in the eyes of his father. On the other hand, Abir’s friends, Vishesh, Lolly and Pallav are fighting another battle, of trying to pass in their final year. What makes it an interesting watch is Abir’s struggle to be a topper by defeating the current class topper Nibedita, by hook or by crook, and the situations he puts himself in order to beat his rival.

Binge-watch all 10 episodes of Medically Yourrs on the ALTBalaji app!

ALTBalaji offers 70+ Indian originals at only Rs. 180 for six months