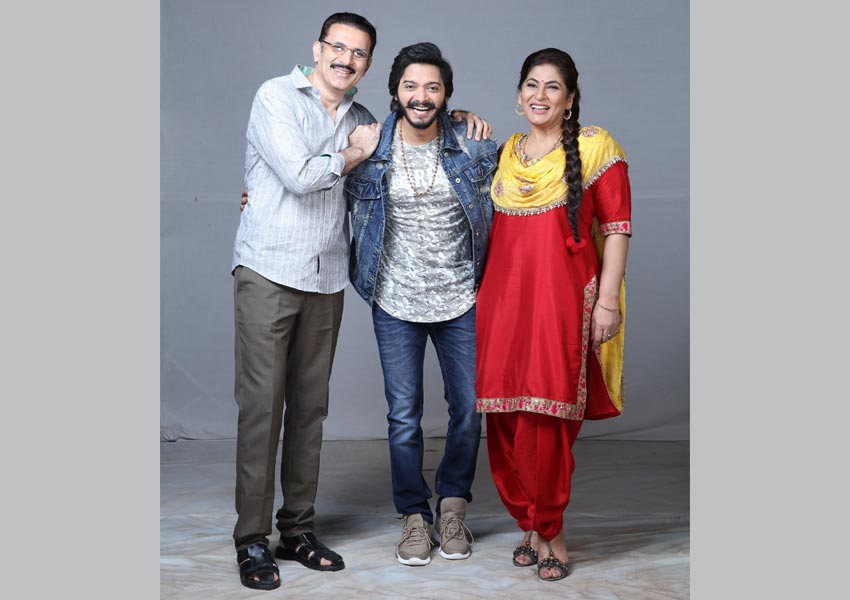 Sony SAB, is set to launch two new series – Band Baja Bandh Darwaza and My Name Ijj Lakhan. Exploring unconventional storylines and newer genres, both shows are limited format series that will add dollops of light-hearted entertainment to your weekend plans. Starting 26th January, welcome the best of Bollywood and television actors to the TV screens, Band Baja Bandh Darwaza at 7 PM and My Name Ijj Lakhan at 7:30 PM, every Saturday and Sunday on Sony SAB.

Highlighting the concept of ‘everyone has a bit of black and white to their personality’, My Name Ijj Lakhan traces the journey of the central character ‘Lakhan’ who is a leading rogue of Mumbai. Bollywood’s critically acclaimed actor Shreyas Talpade debuts on Hindi television with his portrayal of Lakhan, who shaken by an unexpected jolt in his life, vows to become the man his father always hoped he would be. Motivated by his new-found mission to mend his ways, he tries to commit good deeds in his own peculiar ‘andaaz’ often resulting in startling comical outcomes. Real-life and reel-life couple Parmeet Sethi (Dashrath) and Archana Puran Singh (Pammi) play Lakhan’s parents. This vibrant, action-packed show also stars Sanjay Narvekar and Esha Kansara in pivotal roles.

Band Baja Bandh Darwaza, Sony SAB’s horror-comedy show is a tale of unfortunate ‘bhootiya’ twists that take place in the Khurana house whenever they get close to getting their son married. Bollywood’s favorite villain and comedian, Mukesh Tiwari dons the avatar of a ghost named Sanjeev Sharma. After living a life of solitude, Sanjeev returns as a ghost to haunt the lives of Sarita played by Neelu Kohli and Chandan played by Rajendra Sharma who are looking for a match for their young son, Rocky played by Amitosh Nagpal. What made Sanjeev return as a ghost and why is he adamant on Rocky living a life by himself – you will have to wait and watch, enjoy a new twist unfold every weekend!

Neeraj Vyas, Business Head, Sony SAB, PAL, said,“At Sony SAB, we remain committed to happiness and this is reflected in the kind of content we showcase. Our limited series weekend line-up promises full-fledged, action packed entertainment featuring some of industry’s best talent. We are excited to kick start 2019 with newer themes, genres and stories that will leave our audience with a feeling of happiness and positivity.”

Paritosh Painter, Producer, Ideas Entertainment commented,“My Name Ijj Lakhan is an exciting and fun new show that, much like Lakhan is unique in its own way! We’re excited to bring an amazing line up of talent like Shreyas Talpade, Archana Puran Singh, Parmeet Sethi and Sanjay Narvekar to TV screens every weekend and we are confident that this show will win audience love and appreciation in no time.”

Amitosh Nagpal, Producer and writer, Tuk Tuk Pictures, said, “Spooky and hilarious at the same time, Band Baja Bandh Darwaza is our attempt at showcasing a story that audiences have not seen or heard before. We’re certain that the gripping narrative will keep viewers on the edge of their seat throughout the episode and in the end will leave them with a happy thought.”