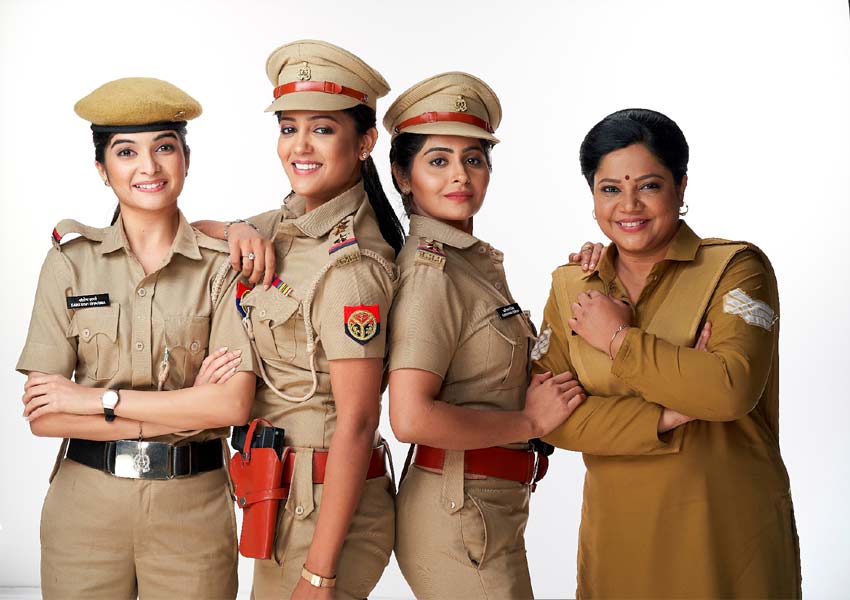 Sony SAB broadens its content slate with a one of its kind light-hearted value driven show ‘Maddam Sir’ set to premiere on 24th February 2020, at 10 PM. With an apt tagline, ‘Kuch Baat Hai Kyunki Jazbaat Hai’, the show is set to change people’s perspective about typical policing. The story showcases the power of women instincts while beating the stereotype of the conventional way of policing and introduces a fresh belief of policing with a heart. Maddam Sir addresses social issues through the eyes of four dynamic women police officers who will set the audience’s hearts on fire with their unique set of qualities that distinguish them from each other.

Haseena Mallik, the S.H.O (Station House Officer), is a young and a head-strong woman, who believes in bringing sensitivity in the manner of her policing. Whereas, Inspector Karishma Singh does not believe in emotional policing and is always ready to take the fierce way towards solving a case. While the two try to accommodate each other’s clashing personalities and beliefs, the new recruit, Santosh Sharma tries to find a role model in them, often left confused.

Pushpa Singh is the Head Constable, the most experienced officer of the team and also Karishma’s mother-in-law. While at work, the duo keeps it professional, at home the dynamics change as Pushpa becomes more authoritative. Her only wish now is to crack a big case before her retirement. Another interesting character is that of a news reporter, Sunny, played by Gaurav Wadhwa. A street-smart guy, he knows how to get his work done and get information from Maddam Sir’s team.

Neeraj Vyas, Business Head, Sony SAB, “Maddam Sir is very different from any other cop-based series. It is not a regular police crime show but a show that brings to light how women use their instinct and add magic in everything they do. The show, while being fun, in a lighter way helps us to look at a lot of social issues that plague our society today and how in their own unique way these women police officers find solutions. Maddam Sir will present delightful and heartwarming stories keeping the channel philosophy of ‘Khushiyon Wali Feeling’ alive.”

With a line-up of a stellar cast, that includes Gulki Joshi, Yukti Kapoor, Sonali Naik, Bhavika Sharma, Gaurav Wadhwa and Yashkant Sharma, Maddam Sir is all set to leave a smile on the faces of the viewers and also get them thinking as the extremely competent women police officers leave them with a strong message and an exceptional performance.

Tune in to Maddam Sir, 24th February onwards, Monday to Friday at 10 PM only on Sony SAB

Tags:
Previous Article
10 Defenders were used in the making of No Time To Die
Next Article
Kunal Rawal presents ‘ROUSING’ on Lakmé Fashion Week