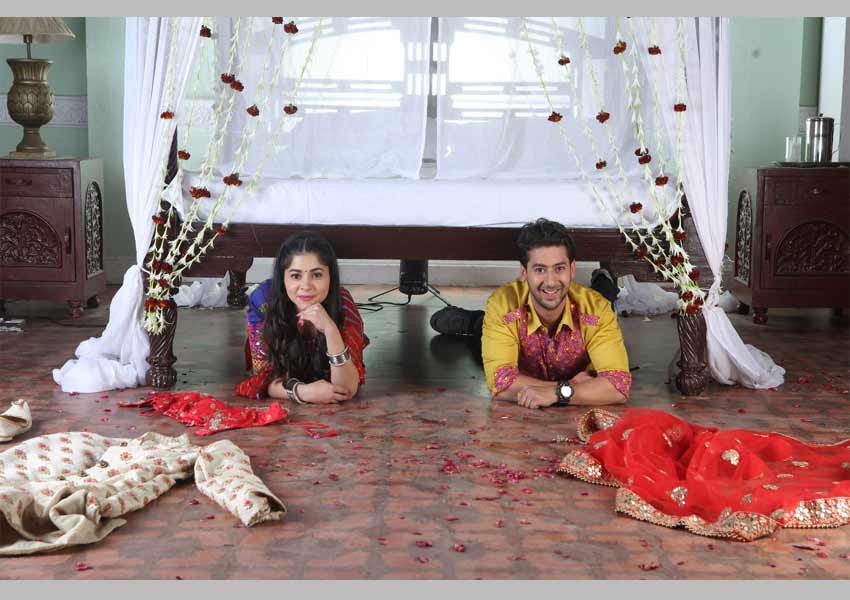 Sony SAB’s latest offering Baavle Utaavle is one such story of two young hearts Guddu and Funty, whose quest to satiate their physical desires is wrapped by the need to get married. With a promise to make its audiences laugh, Sony SAB launches Baavle Utaavle – #Gufu Ki Visfotak Love Isstory, premiering on 18th February, every Monday to Friday at 10:00 p.m. on Sony SAB.

Set against the rustic backdrop of a Madhya Pradesh landscape Baavle Utaavle captures the quirks of society in small town in India where there is subtle acknowledgement that marriage fulfils the  desire for physical intimacy and love follows later. In the show, the central characters are that of Guddu and Funty, two young adults played by Paras Arora and Shivani Badoni, who are obsessed with the idea of a romantic relationship and meeting their soulmates. While Guddu desperately wants to be with a girl, he is aware of his responsibilities towards his family and believes in being a ‘one-woman-man’. On the other hand, Funty believes that a girl’s life begins only after she gets married and therefore has been praying for the arrival of her knight in shining armor.

Guddu and Funty’s desires start seeing the light of day when Guddu’s older brother, Brajesh Dhimole (Vaibhav Singh) gets married to Funty’s cousin, Sonarika (Mohita Srivastava). Their curiosity and a slight blunder takes them under the suhaag-raat  bed of the newlywed couple. Though caught in an embarrassing situation, their life too changes as they fall in love with each other at first sight and decide to set off on a journey. However, little did they know that falling in love is just the beginning! Guddu and Funty who are ignorant from the intricacies of marriage will encounter many speed breakers coming their way. Will they survive these hurdles on their way to lifelong companionship and become the ideal husband and wife for each other?

Produced by Rajan Shahi production house Director’s Kut, Baavle Utaavle gives a harmless yet humorous twist to topics like physical intimacy and coming of age that are often not acknowledged in Indian society. With a unique concept and strong storyline, this show is poised to catapult the prime-time television viewing experience for Sony SAB viewers.

Neeraj Vyas, Business Head, Sony SAB, PAL, commented, “At Sony SAB we are committed to fun and happiness and this is evident in our programming strategy. As part of our promise to bring fresh and unique content, we are set to launch Baavle Utaavle – a show that revolves around the coming of age of youngsters. It is the reflection of the lifestyle and mindset of young adults living in small towns; narrated through the journey of our lead couple.”

Rajan Shahi, Producer, Director’s Kut, said, “Baavle Utaavle deals with topics which is that young adults in the country can relate to.  It highlights some important aspects in their lives like curiosity towards marriage, desperation to meet their soulmate and the need for companionship. All of these aspects are beautifully communicated through the life of our two leads – Guddu and Funty, without being preachy.”