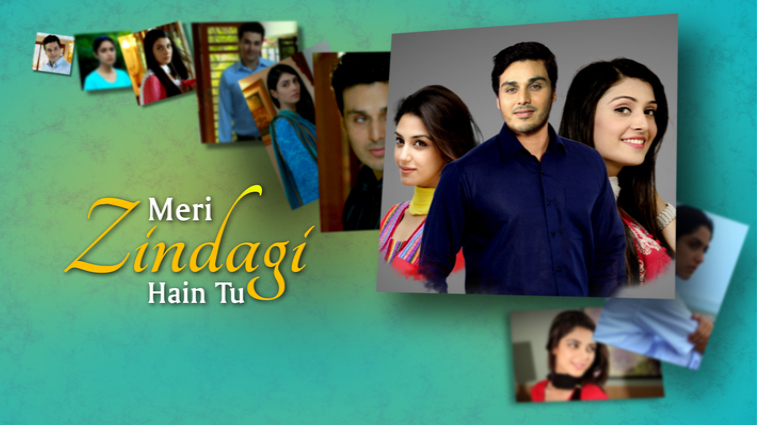 Zindagi is all set to premiere two new shows starting March 21st titled ‘Mere Humdum Mere Dost’ and ‘Meri Zindagi Hai Tu’. Two extraordinary stories of how love can change your life for the better or for worse. While the first is about an ordinary girl who grooms herself to become self-reliant and independent, the latter is about selfless love and sacrifice that the protagonist makes for her niece only to discover life’s unfortunate twist. Love, agony, sacrifice and pain are central to both the shows and enthrall the audience with their thought provoking stories.

Mere Humdum Mere Dost is based on Farhat Ishtiaq’s novel of the same name. It is the story of the journey of a woman who blossoms when she finds love. A Pakistani romantic drama directed by Shehzad Kashmiri and produced by Momina Duraid. The show is about Aimen (Sanam Jung), a 20-year-old girl raised by her mother Zainab in absence of her estranged father Taufeeq. Aimen unfortunately loses her mother and has to go live with her father.  But, he too, is unable to take her in as he has to leave the country. Taufeeq requests his business partner Haider to take his daughter in to which he willingly agrees. In Haider, Aimen finally finds a friend and a mentor who not only helps her cope with her loss but also grooms her to become confident and independent. During the process, both develop a fondness for each other however, in a twist of misfortune Haider’s ex-wife returns and expresses a wish to remarry him. Will Aimen and Haider unite? Will Aimen finally find a father’s love and acceptance when Taufeeq returns? Featuring Adnan Siddiqui, Sanam Jung, Hareem Farooq and Shamim Hilaly, catch this intriguing story of a woman finding her way in the world, from 21st March every Monday to Saturday at 7:20 pm.

Meri Zindagi Hai Tu is an enthralling journey of Nazo (Aiza Khan) whose life only revolves around two most important people in her life; her fiancée Aman (Ahsan Khan) and her niece Meenu (Maya Ali). After her sister and brother-in-law’s sudden death, Nazo along with Meenu moves in with Aman and his family. Aman is devoted to Nazo and hence also showers his attention on Meenu and soon becomes her friend and a confidante. He becomes the object of her affection and she becomes obsessive and possessive and tries to cause trouble in Nazo and Aman’s relationship. Based on the famous novel of Faiza Ifthikar Main Tera Khali Kamra Hun, this drama beautifully encompasses the emotions of the three lead protagonists. Will Meenu succeed in winning Aman’s affection? Will Nazo ever find out about Meenu’s love for Aman? Who will Aman choose- Nazo or Meenu? Featuring Ahsan Khan, Maya Ali, Aiza Khan, catch this interesting story from 21st March every Monday to Saturday at 8:10 pm.

This March, get inspired by Aimen and Nazo who are not deterred by life’s unexpected turn of events and have the will power to emerge as a winner, only on Zindagi.