The third episode of Dice Media’s What the Folks! Season 2 is something you don’t want to miss 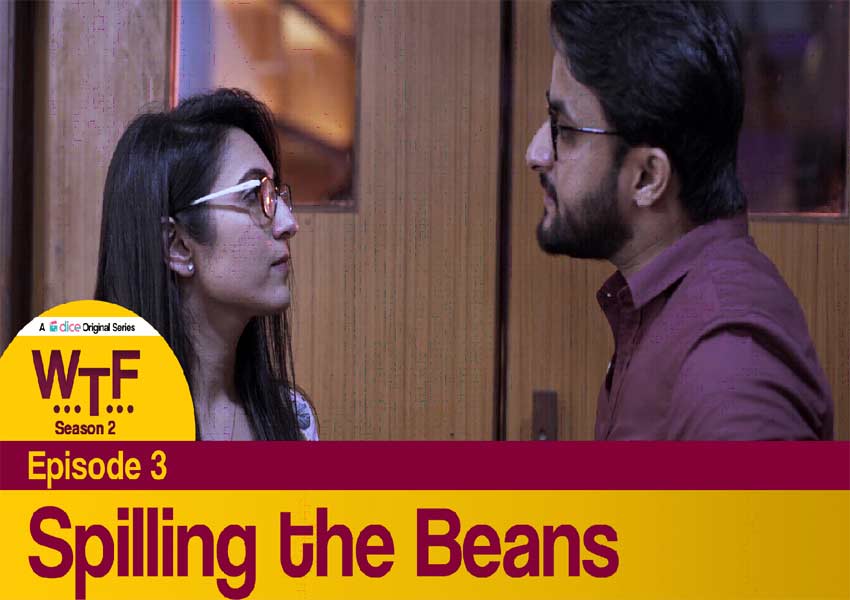 Pocket Aces’ premium long form content channel Dice Media released its third episode titled, “Spilling the Beans” of What the Folks! season 2. The first season of What The Folks! was 2017’s most loved web series starting Veer Rajwant Singh and Eisha Chopra. The second season is the 6-episode sequel which airs every Wednesday on Dice Media’s YouTube and Facebook channels.

What The Folks! is a modern take on family relationships and the second season deals with realistic yet relatable themes of how families learn to love each other despite their differences. What The Folks! Season 2 showcases a bittersweet yet warm journey of a family dealing with the challenges thrown at them.

The second episode saw Anita and Nikhil trying to juggle their work schedules while entertaining Nikhil’s parents, and the unexpected arrival of Shreya (Kriti Vij), Nikhil’s sister. Shreya insists all is well in her world and that this visit is just a surprise but Nikhil senses there’s more to this than meets the eye.

The third episode will see Nikhil and Shreya addressing the elephant in the room and we witness a new twist in the plot, where old relationships are strengthened and new relationships are forged. This episode also sees Anita and Vandana (Renuka Shahane) break the traditional saas-bahu mould to actually arrive at the conclusion that no matter how hard one tries, one can’t have it all.

Bhushan Kumar, Nikkhil Advani and Milap Milan Zaveri are back with next film Marjaavaan
MediaInfoline Oct 31