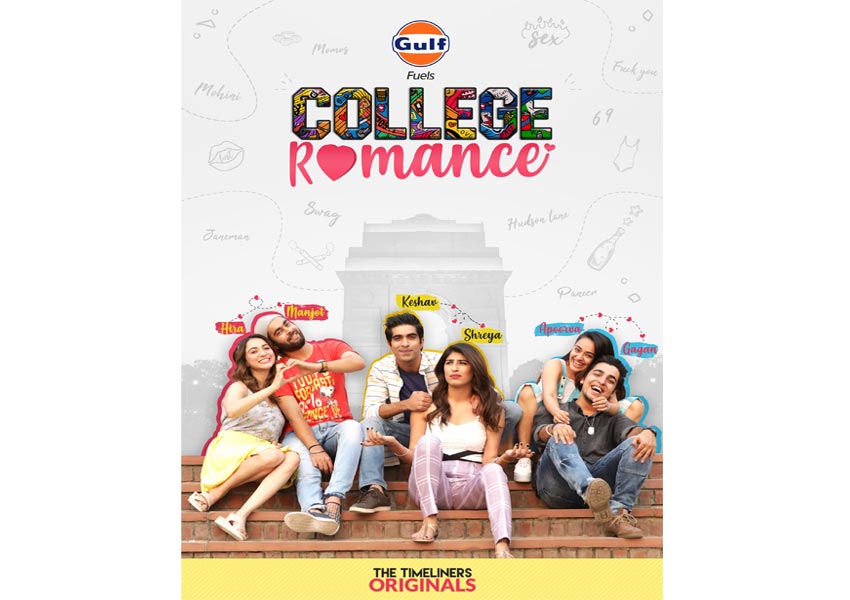 The Timeliners recently released its latest web series in partnership with Gulf Oil. With the most realistic portrayal and focus on the most meaningful relationship – Friendships – the show hilariously tackles aspects of college life such as love at first sight and college pool parties to road trips with buddies, and showcases beautiful experiences of college life along with various other aspects of growing up as undergrads. The Timeliners had previously partnered with Gulf Oil for its sketch titled ‘Every FIFA Gamer Ever’ featuring popular YouTuber CarryMinati.

The first two episodes for the series can be viewed here: http://bit.ly/CollegeRomance

Akansh Gaur, Channel Head – The Timeliners, commented, “With College Romance, The Timeliners has graduated from the fun part of college life to its romantic aspect. The show tells us the story of three college friends and their respective love interests. The numbers garnered – over 5 million views for the episodes, across platforms, within a week – go on to show the love being received by the viewers, owing to its relatability and aspirational value.”

Commenting on the association, Mr. Ravi Chawla, Managing Director of Gulf Oil Lubricants India Limited said, “With this association we are looking at increasing our brand preferences using the fast- growing viewership/reach of web series which cater to younger audiences. Through this collaboration we wish to communicate to the young college going audience about the benefits of Gulf Pride 4T plus so that their bike is properly maintained and cared for. Today, owning and driving a bike is considered to be the ultimate symbol of being uber cool. In this series, Karan, the charming young protagonist, loves his bike, which is why he uses Gulf Pride 4T plus.

The Timeliners has been making waves in digital entertainment with successful shows such as The Aam Aadmi Family 2 and web-series FLAMES. Recently named ‘Content Startup of the Year’ at Talentrack Awards, The Timeliners is focussed on programming for the youth, choosing to tell stories that have not yet been seen on-screen.