Trailer of season 3 of the Award winning series – A.I.SHA 3 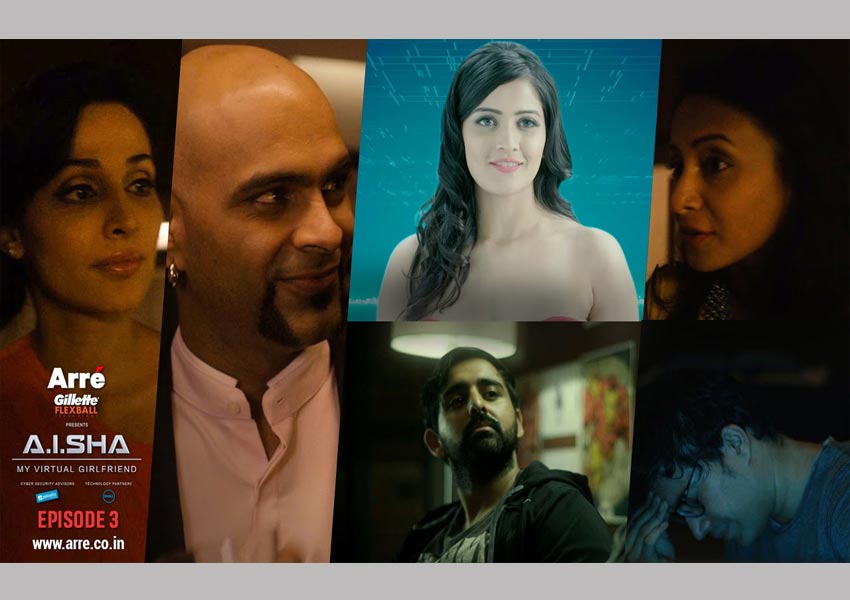 The award-winning A.I.SHA (Artificial Intelligence Simulated Humanoid Assistant) franchise was launched in 2016 and was the first-ever series that brought technology and entertainment together in a fresh fiction format to digital viewers.

India’s first sci-fi thriller series, A.I.SHA is set at the intersection of the real and virtual worlds, and explores an unusual relationship between artificial intelligence and humanity. It’s a boy meets girl tale, except the girl is an A.I. app. Season 1 told us the story of what happens when technology turns against us, and Season 2 showcased the immense power of A.I. in terms of far-reaching global consequences. Season 3 will push the boundaries of imagination, as we see A.I.SHA transitioning from intelligent technology to a sentient human being by acquiring human form and values.

Is season 3, A.I.SHA’s journey consists of her attaining ‘human’-like traits. Aisha is code that is constantly evolving, and using this Darwinian ability, she can hack through anything by rapidly adapting against its defenses. Like all advances, this can be used for betterment or for detriment. Where will season 3 take Aisha as this battle between good and evil ensues? Is Aisha no longer a ‘virtual girlfriend’?

While the A.I.SHA franchise has garnered global acclaim at several prestigious global festivals such as the LA Web Festival, South Florida Web Festival, CMO Asia Awards, and the Asia Web Awards, it has also created millions of engaged viewers across Arré and its partner platforms in Hindi/English, Tamil, and Telugu.

Fragrance for Every Woman: Find her Perfume Personality
MediaInfoline Mar 01