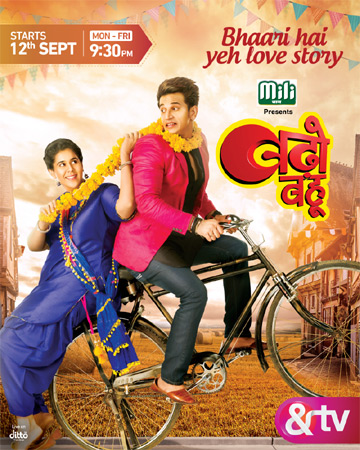 Meet Television’s most unconventional Bahu – naam Komal hai, surat mein simple hai…bas weight kareeb kareeb quintal hai! She is sugar, spice and all things nice… But this Haryanavi girl Komal a.k.a ‘Badho’ (played by Rytasha Rathore) is bold and a little too big in size! With dreams of marriage in her eyes, all Komal desires from life is a loving husband and respect in her sasuraal! But destiny had something else in store for our Badho! With a twist of fate, Badho ends up marrying the most eligible bachelor – Haryana’s star wrestler Lucky Singh Ahlawat (played by Prince Narula). But will Badho find the love she desires in her husband?  Tune in as her journey gets chronicled as Badho Bahu starting 12th September, every Monday – Friday at 9:30 PM only on &TV.

Produced by Sunny Side Up films and Hum Tum Telefilms Pvt. Ltd, &TV’s latest offering Badho Bahu, is set against the backdrop of Haryana, known to produce some of the best Indian players across various sports. ‘Hatti-Katti’ Komal who is lovingly called as ‘Badho’ (which means ‘too much’ in Haryanavi) is a spunky yet simple girl who like her size has a very big heart. In her bumbling ways, she lands herself helping most people in her town. While Badho is well known for her bigness, Lucky Singh Ahlawat is the most celebrated wrestler in the town. In what seems like a major celestial controversy, Badho is married to Lucky. What follows next is a sincere effort by Badho to win over her husband… Kyunki Husband and Wife main itni doori hai, ki ab ek love story jaroori hai!

Rytasha Rathore who plays the titular character Komal, aka ‘Badho’ in the show says, “Badho is a character we can all identify with – there is innocence, vulnerability, spunk and a whole myriad of feelings. I’m excited to be playing her because it gives me the chance to do things I wouldn’t do otherwise. The show itself has a lot of warmth and heart to it which I hope the audience enjoys and appreciates. It’s entertaining while also having a deeper meaning.”

Prince Narula who plays Lakha Singh Ahlawat aka ‘Lucky’ says, “This will be my first attempt at daily soap, so I wanted to take up a show that had unique content which is different from what you see on television these days. I am playing a very challenging character ‘Lucky Singh Ahlawat’ who is a gold medalist wrestler. I have undergone wrestling workshops and followed a strict diet as well. Rytasha and I will be seen as the television’s unconventional couple and I hope the audience appreciates our efforts.”

In addition to the stellar cast of Prince Narula, Rytasha Rathore and Pankaj Dheer the show includes names like Jaya Ojha, Arhaan Khan and Sangeeta Panwar. Shot across the beautiful towns of Haryana, the show also boasts of a great production and enthralling storytelling that will have the audiences enthralled! 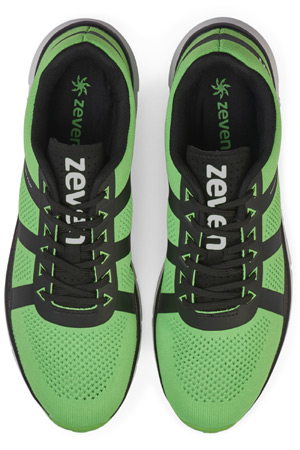