Union of Ashoka and Kaurvaki 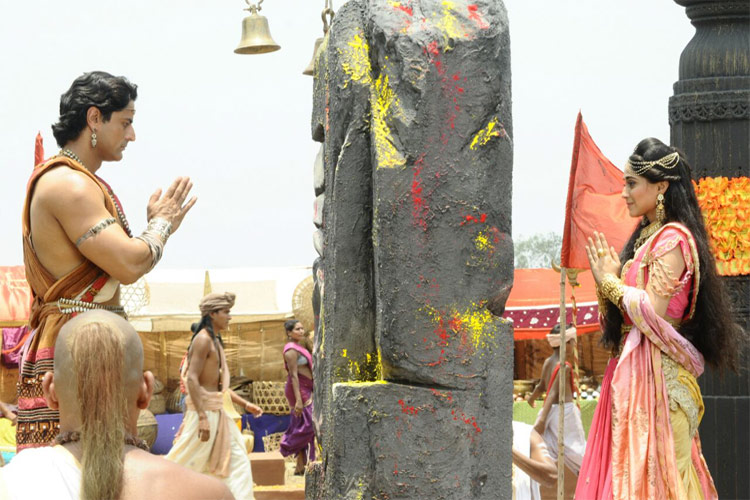 Abhimanyu Singh and COLORS’ show Chakravartin Ashoka Samrat, which is gaining an immense popularity in its historical genre. The upcoming episodes will witness that, Nirankush the governor of Ujjaain who happens to be close associate of Sushim, is now almost sure that Chand is Ashoka and decides to capture him. Looking at the situation Dharma being the mother is worried  about the entire situation and asks Ashoka’s to leave home.So, he heads towards Kumbh Mela where Kauwaki is also heading. At the mela ,Ashoka meets Pandit Shripad which leaves him intrigued after listening to his thoughts. Kaurwaki who is search of Ashoka is very anxious to find him. In the mean while, Ashoka takes a dip into the river and so is Kaurwaki.

Watch Chakravartin Ashoka, Monday -Friday every night at 9:00 pm, only on Colors TV